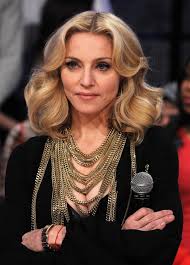 London: Madonna definitely managed to grab everyone's eyeballs when she hit the Grammys' red carpet in the matador look but it also created a furore on Twitter. The matador look was made by Riccardo Tisci for Givenchy, with a very tight leather corset, thigh high boots and a net hat, creating a character straight out of singer's very own "La Isla Bullfighta", the Independent reported. The hat was reminiscent of a similar fascinator that Madonna wore in the 1994 video for 'Take A Bow' though the idea that the Queen of Pop, net worth around 800 million dollars. The 56-year-old faced Twitter rant over her looks where one said that "How to do red carpet; Julianne Moore in Tom Ford at the #Baftas. How not to dress; Madonna as a circus pony at the #Grammies". Another user tweeted that, "Meanwhile, here's Madonna's much evolved descendant". ANI