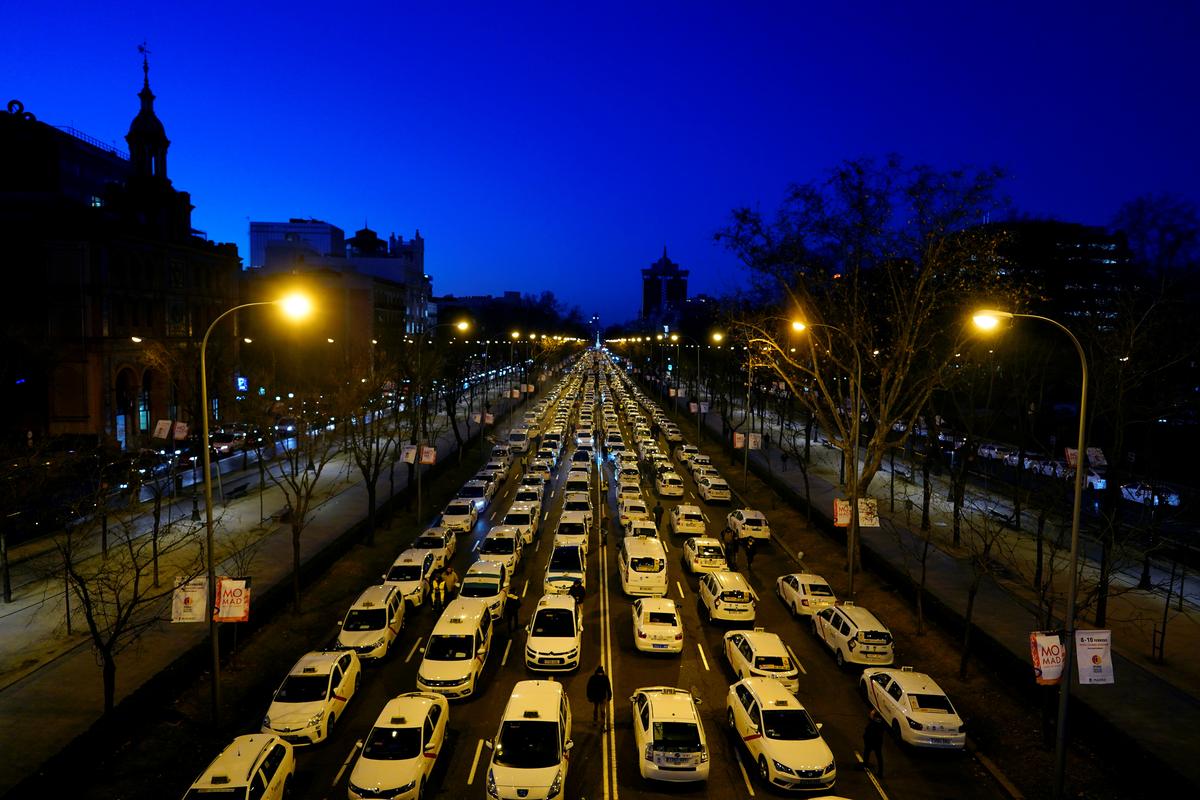 MADRID (Reuters) - Hundreds of taxis blocked a central traffic artery in Madrid during Monday’s morning rush hour, in their biggest show of strength yet as a protest seeking tighter regulation of Uber and other ride-hailing services entered its second week. Anti-riot police backed by a fleet of tow trucks took several hours to clear the vehicles from the capital’s Paseo de la Castellana. Stoppages are expected elsewhere as the protest drags on. The city’s taxi drivers started the protests last week against the private services, which offer rides that often undercut taxi prices and can be hailed via the internet rather than in the street. In September, Spain’s government gave ride-hailing companies four years to comply with regulation granting them just one new license for every 30 taxi licenses. The cab drivers are demanding stricter regulations now. “They (ride-hailing services) can’t do the same services that a taxi does. They can’t pick up people on the streets. That is illegal but nothing happens,” said taxi driver Juan Mateos. Taxi drivers in Barcelona ended a strike last week after regional authorities proposed the ride-hailing services can only be booked a short time in advance and cannot be hailed in the street. Negotiations there remain ongoing, and some ride-hailing platforms say they may be forced to leave Barcelona if the new rules take effect.