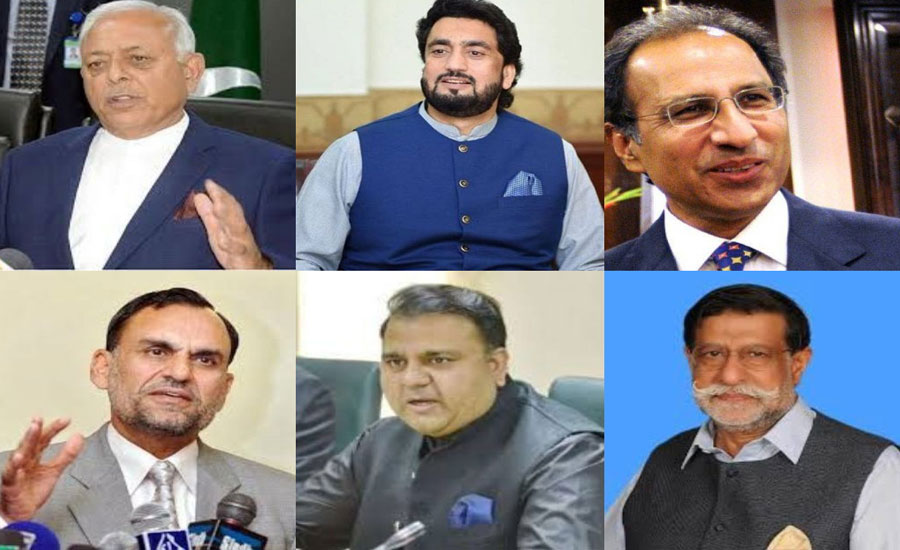 ISLAMABAD (92 News) – A major reshuffle has taken place in the federal cabinet as Dr Hafeez Shaikh appointed as finance adviser and Ijaz Sha was named for interior minister. According to the Prime Minister’s Office, the portfolio of information minister has been taken away from Fawad Chaudhry and he has been named as the federal minister for science and technology. Meanwhile, President Dr Arif Alvi has accepted the resignation of Asad Umar and a notification in this regard has been issued. Minister of state for interior Shehryar Afridi has now been named the Minister for States and Frontier Regions (Safron). The PTI government has also announced a federal interior minister for the first time, with the portfolio going to Ijaz Ahmed Shah. They further said that Muhammad Mian Soomro named for the minister for privatization. Ghulam Sarwar Khan, who previously was the petroleum minister, has now been named the federal minister for aviation. It was reported that Prime Minister Imran Khan was not satisfied by the performance of the petroleum minister. The government has not yet announced his replacement. On the other hand, Azam Swati nominated for the minister for parliamentary affairs and Dr Abdul Hafeez Shaikh finalized for the finance adviser. Dr Zafarullah Mirza has been appointed as Special Assistant to Prime Minister (SAPM) on National Health Services, Dr Firdous Ashiq Awan as Special Assistant to Prime Minister on Information and Nadeem Babar as SAPM on Petroleum Division. Meanwhile, Foreign Minister Shah Mahmood Qureshi has said that there are no internal rifts in the parties and that it was prerogative of the PM to develop the team of his own choice.