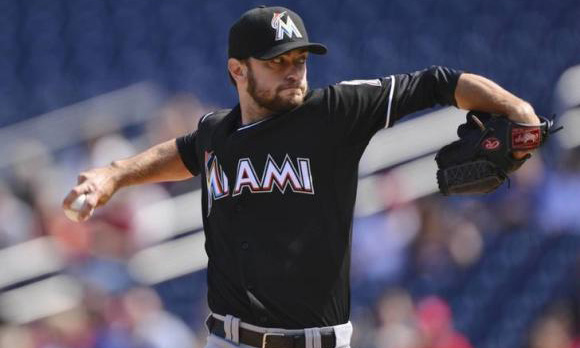 WASHINGTON - Major League Baseball said on Wednesday it was investigating whether Florida Marlins pitcher Jarred Cosart discussed sports betting with an alleged gambler on his Twitter account. A Florida newspaper, the Miami New Times, reported that direct message tweets were made public on Tuesday purporting to show that Cosart, a 24-year-old right-hander preparing for his third season in the majors, was seeking advice on gambling. Although direct tweets are intended to be private conversations, the alleged unidentified gambler, who regularly tweets advice, decided to release them. Mike Teevan, a Major League Baseball spokesman, said baseball is looking into the allegations. Betting on baseball is a violation of the game's rules. Cosart deleted his Twitter account on Tuesday night. Another Twitter account that opened on Wednesday with Cosart's name discussed the allegations, saying his original Twitter account had been "accessed by someone else." "I have not, nor will I ever, bet on the game of baseball," a tweet said, according to the New Times, before that account was also deleted. It could not be independently determined if Cosart was the one writing the tweets. Cosart, who issued an apology last year for using a gay slur to describe pop singer Justin Bieber on Twitter, has a career record of 14-12 with a 3.26 earned run average. "Major League Baseball is investigating and the Marlins have no further comment at this time," the team said in a statement. - REUTERS