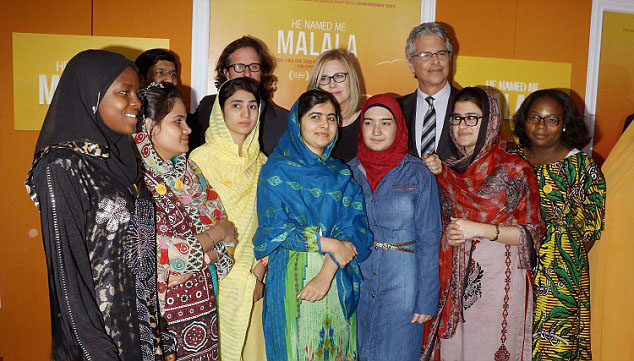 NEW YORK (92 News) – Documentary subject and activist, Malala Yousafzai and father, Pakistani diplomat Ziauddin Yousafzai attended the star-studded 'He Named Me Malala' New York premiere at Ziegfeld Theater on Friday. The activist joined the likes of Scarlett Johansson, Zosia Mamet, and Ivanka Trump at the New York debut. “He Named Me Malala” opens in theaters on October 2, with National Geographic set to air the film next year. The movie was directed by Davis Guggenheim, who also made the documentaries “An Inconvenient Truth” and “Waiting for Superman”. The film follows Nobel Peace Prize winner Malala, who was shot on a school bus in Pakistan in 2012 by the Taliban for advocating girls' rights to education. On the afternoon of 9 October 2012, Yousafzai boarded her school bus in the northwest Pakistani district of Swat.