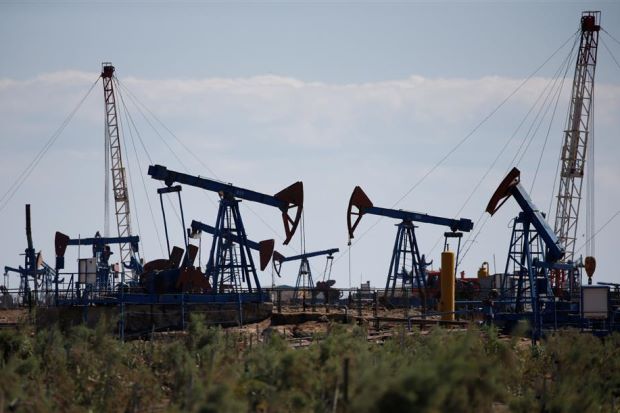 KUALA LUMPUR (Reuters) - Malaysia will extend its oil production cuts until the end of 2018, in line with its commitment to reduce global supply as part of a deal struck between OPEC and other global oil producers.

OPEC and non-OPEC producers led by Russia agreed on Thursday to extend oil output cuts until the end of 2018 as they try to clear a global glut of crude, while still signalling a possible early exit from the deal if the market overheats.

OPEC and Russia combined produce over 40 percent of global oil.

"The production adjustments extension is needed to reduce oil inventory to a more reasonable level which will provide stability and sustainability in terms of price, as well as demand and supply," Abdul Rahman Dahlan, a minister in the prime minister's department said in a statement issued on Friday.

Malaysia, via its state owned oil company Petroliam Nasional Berhad, announced last year it would cut oil output by up to 20,000 barrels per day as part of Malaysia's commitment to reduce supply following an agreement between the Organization of the Petroleum Exporting Countries (OPEC) and non-OPEC producers.

"Malaysia is not keen to see the price of oil reaching $100 or more per barrel like before," said Abdul Rahman.

"Malaysia prefers a stable oil price at a reasonable level as price volatility is bad for national revenue projection."