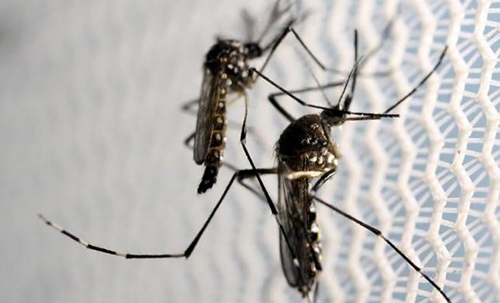 KUALA LUMPUR - Malaysia is bracing for more Zika cases, officials said, after detecting the first locally infected patient, which could further stretch a health system struggling with dengue, another mosquito-borne virus that can be fatal. Both Zika, which is of particular risk to pregnant women, and the dengue virus are spread by the Aedes aegypti mosquito, which is common in tropical Malaysia, Southeast Asia's third largest economy, and across the region. Neighboring Singapore has reported more than 200 cases of Zika. Three days ago, Malaysia reported its first Zika infection - a woman living near Kuala Lumpur who contracted the virus during a visit to Singapore. On Saturday, Malaysian authorities said they had detected the first local infection: a 61-year-old man in the city of Kota Kinabalu, in the Malaysian part of Borneo island. "The confirmation of the second case of Zika in Kota Kinabalu suggests that the virus is already present within our communities," Health Minister Subramaniam Sathasivam said. "Zika is present in our country. New cases will continue to emerge," he posted on his Facebook page. Zika infections in pregnant women have been shown to cause microcephaly - a severe birth defect in which the head and brain are undersized - as well as other brain abnormalities. The connection between Zika and microcephaly first came to light last fall in Brazil, which has since confirmed more than 1,800 cases of microcephaly. In adults, Zika infections have also been linked to a rare neurological syndrome known as Guillain-Barre, as well as other neurological disorders. DENGUE FIGHT Since reporting its first Zika infection, Malaysia has increased insecticide spraying to kill mosquitoes. It has also stepped up health checks at its main border with Singapore, through which 200,000 people pass daily. Malaysia, with a population of almost 30 million and a size 46 times bigger than Singapore, faces a much more challenging fight against Zika, doctors say. "Zika will spread even faster in Malaysia than Singapore because our Aedes volume is so much higher and the breeding grounds are enormous," said Amar Singh, head of the paediatric department at Hospital Raja Permaisuri Bainun in the Malaysian town of Ipoh. The World Health Organisation (WHO) ranks Malaysia's healthcare system as the world's 49th most developed. Singapore figures in the top 10. There is no vaccine or treatment for Zika, which is a close cousin of dengue and chikungunya and causes mild fever, rash and red eyes. An estimated 80 percent of people infected have no symptoms, making it difficult for pregnant women to know whether they have been infected. The WHO has declared the Zika outbreak an international health emergency, and if Malaysia's fight against dengue is any indication, it will struggle with Zika. Malaysia recorded a total of 120,836 dengue cases last year, including 336 fatalities - the most since 1995, according to government data. This year, there have been 75,000 dengue cases and 166 fatalities. Malaysian authorities say dengue is a bigger problem than Zika. But regional health experts believe Zika is significantly under-reported in Southeast Asia as authorities fail to conduct adequate screening and also because of its usually mild symptoms. The WHO lists Indonesia, Thailand, the Philippines and Vietnam as countries with "possible endemic transmission or evidence of local mosquito-borne Zika infections in 2016". The virus was first identified in Uganda in 1947 and was unknown in the Americas until 2014. -Reuters