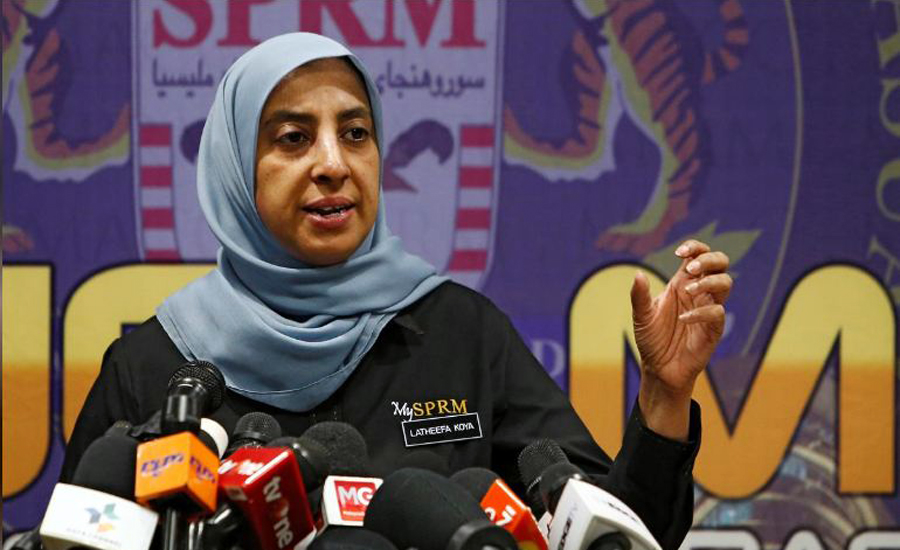 KUALA LUMPUR (Reuters) - Malaysia has fined the brother of former premier Najib Razak and other people and companies for allegedly receiving money from state fund 1MDB, the country’s anti-graft chief said on Monday. Malaysian and US investigators say about $4.5 billion was misappropriated from now-defunct state investment fund 1Malaysia Development Berhad (1MDB), set up in 2009 by Najib. Najib, who lost a general election last year, is now facing dozens of graft and money laundering charges over allegations that he received about $1 billion in 1MDB funds. He has pleaded not guilty. Latheefa Koya, the head of Malaysia’s Anti-Corruption Commission (MACC), said 420 million ringgit ($100 million) was received by a total of 80 individuals and entities from 1MDB. She did not specify how much the fine amount was. “We have issued compound notices against all of these people and entities for the purpose of them to pay up the fine,” Latheefa told reporters, adding that they could be fined up to 2.5 times the amount received. The individuals include Najib’s brother Nazir Razak, the former chairman of Malaysia’s second-largest bank, CIMB group Holdings Bhd (CIMB.KL), and Shahrir Abdul Samad, former chairman of state palm oil agency Felda and also a minister in Najib’s cabinet. Nazir had received about 25.7 million ringgit in cheques, from 1MDB, Latheefa said. Nazir did not immediately respond to a request for comment. Shahrir declined to comment. Funds were also distributed to companies, political parties and organizations linked to Najib’s coalition, a list provided by the MACC showed. “It’s not exhaustive, we have more,” Latheefa said, adding that investigations have been opened into the 80 entities and people. After winning last year’s election, Prime Minister Mahathir Mohamad’s administration has reopened 1MDB probes, charged dozens of high-ranked officials, and filed civil forfeiture actions in a bid to recover money linked to 1MDB. Malaysia has also filed lawsuits against Goldman Sachs (GS.N) over its role as underwriter and arranger of three bond sales that raised $6.5 billion for 1MDB. Since 2016, the U.S. Department of Justice has filed forfeiture lawsuits on about $1.7 billion in assets allegedly bought with stolen 1MDB funds, including a private jet, luxury real estate and jewelry.