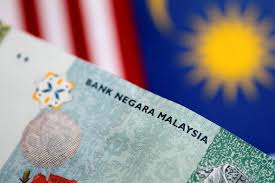 KUALA LUMPUR (Reuters) - Malaysia said it will introduce a sales and service tax (SST) to partly offset the shortfall in revenue from effectively scrapping a goods and service tax (GST) from June. The Mahathir Mohamad-led government, which won last week’s general election said  that it would lower GST to zero percent from June 1. Ousted leader Najib Razak had introduced the tax in 2015 amid lower oil prices. In a statement on Thursday, the ministry of finance said the shortfall in revenue will be supported by specific revenue and expenditure measures that will be announced soon, including the reintroduction of the SST. “Fiscal reform is being implemented. Expenditure reduction will begin with rationalisation and efficiency measures and reducing leakages,” the statement said. It did not say when the sales tax will be introduced. Brian Tan, a Singapore-based economist with Nomura, said the timing of SST implementation was a concern. “It is a question of how quickly you can bring (the SST)back. In the intervening period of the removal of GST and the return of SST, there is obviously going to be a gap in revenue. The question is how long and large will that gap be,” he said. The finance ministry statement also added that rising oil prices will provide short-term fiscal space. “No doubt (the higher oil price) is helpful but the problem is that it may not be enough. It is important that they bring in the SST soon,” Tan said.