ISLAMABAD (92 News) – A Proton X70 SUV car – gifted to Prime Minister (PM) Imran Khan by his Malaysian PM Mahathir Mohamad – was officially handed over to the Pakistani government in Islamabad. 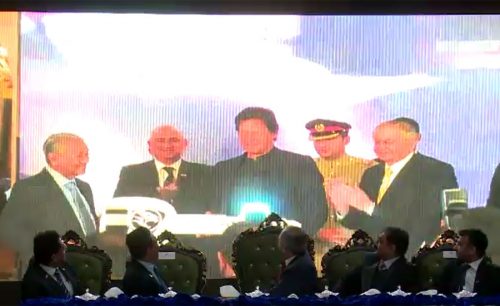 The ceremony of handing over the keys was held at the Malaysian Embassy in Islamabad. The keys of the car were handed over to PM’s Adviser on Commerce Abdul Razzak Dawood by Malaysian High Commissioner Ikram Bin Mohammad Ibrahim. 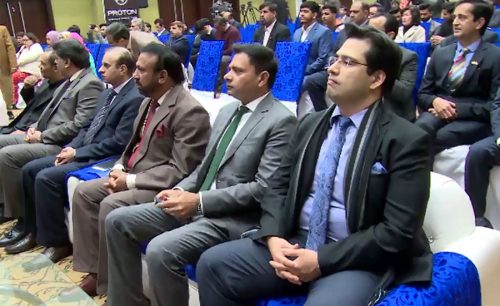 The ceremony was begun with the national anthems of both the countries. 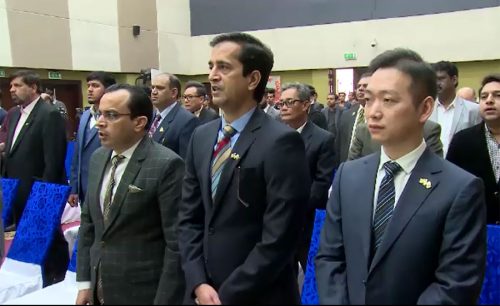 Addressing a ceremony, the Malaysian high commissioner expressed commitment to boost trade in both countries, saying that the Proton car is a gift from one brother to another. 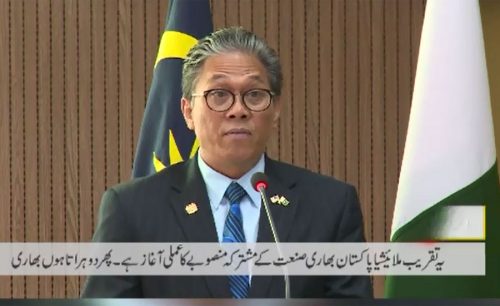 On the occassion, advisor Abdul Razzaq Dawood said that Pakistan supports Malaysia's global role and was optimistic to witness increase trade volume between the two countries. It is pertinent to mention here that the Malaysian premier had announced the gift for PM Imran Khan during his visit to Pakistan earlier in August. Mahathir Mohamad had also announced to set up an assembly plant of the vehicle manufacturer in Pakistan. 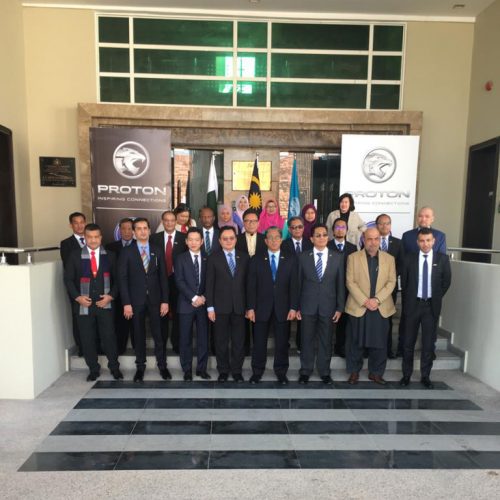 https://www.youtube.com/watch?v=7Ruh9CDq0mI PROTON Holdings Berhad is a Malaysian automotive company and automobile corporation active in automobile design, manufacturing, distribution and sales. The Proton joint venture, first agreed last year, was the centrepiece of a series of agreements signed during a visit of Malaysian Prime Minister Mahathir Mohamad. Pakistani officials said the deals would total around $800-900 million. The Proton plant, near the southern port city of Karachi, was the latest in a series of assembly deals set up in Pakistan by international auto makers including Volkswagen AG and Hyundai Motors. Mahathir Bin Mohamad was appointed prime minister of Malaysia in 1981, retired in 2003, and returned to the office in 2018.