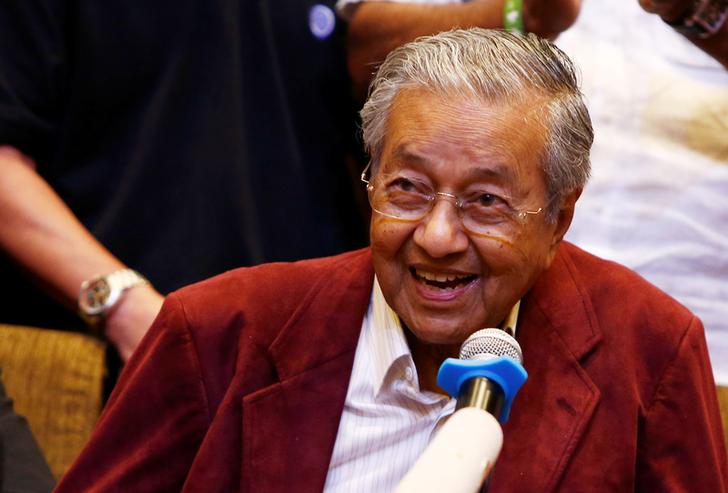 TOKYO (Reuters) - Newly elected Malaysian Prime Minister Mahathir Mohamad said on Tuesday that he may remain premier for one or two years and would play a role in the background even after he steps down. Mahathir, whose coalition won a shock victory over former leader Najib Razak, also said reformist politician Anwar Ibrahim would be released from jail on Wednesday. He added that Anwar would play the same role in the coalition as leaders of the other three parties in the alliance, except Mahathir himself as prime minister. Mahathir was speaking by live video link from Kuala Lumpur to a Wall Street Journal conference in Tokyo.