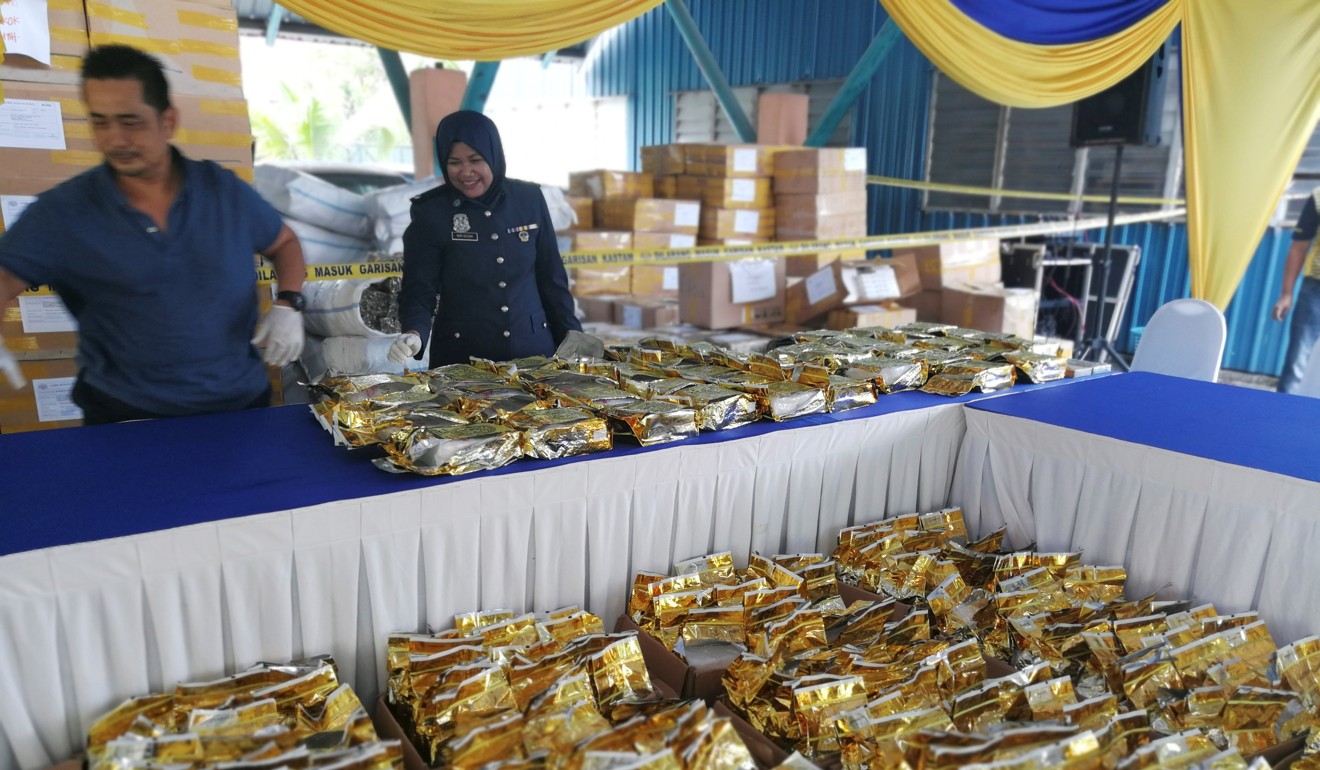 NILAI (Reuters) - Malaysia has made its largest ever seizure of crystal methamphetamine, officials said , finding nearly 1.2 tonnes of the drug disguised as tea in a shipment from Myanmar, and arrested six suspected traffickers. The bust comes as Southeast Asia reports a flood of the stimulant throughout the region. Indonesia and Thailand have also made record seizures of the drug this year. A total of 1,187 kg of the drug, worth 71 million ringgit ($18 million), was shipped in a container from Yangon, Myanmar, to Port Klang, on the outskirts of Kuala Lumpur, Customs Director-General Subromaniam Tholasy told reporters. “This is the biggest seizure seen in our history in terms of value and weight,” he said. Crystal methamphetamine is a form of methamphetamine, a highly addictive synthetic drug also known as speed, shabu and yaba. The shipment, seized on May 22, had been declared “foodstuff” and was bound for a Malaysian trading company based in a Kuala Lumpur suburb, Subromaniam said. Customs officials displayed the shipment, packed in golden yellow tea packets, at its narcotics operations headquarters in Nilai, near Kuala Lumpur. Three Myanmar nationals and three Malaysians were arrested during the operation. “We are still investigating, but we believe the syndicate involved has links with syndicates in Myanmar,” Subromaniam said, adding that officials also seized a small amount of heroin and about 1 million contraband cigarettes. The methamphetamine market has expanded at an alarming rate in Asia, with experts in several countries in the region reporting an increase in its use in 2015. Methamphetamine represents the greatest global health threat, the United Nations Office on Drugs and Crime) said in a 2017 World Drug report said. Myanmar has for decades been a producer of opium and its refined form, heroin, and has become the source of most of Southeast Asia’s methamphetamine, which is mostly produced in lawless border regions outside the government’s control.