Male caregivers may be less likely to ask for help 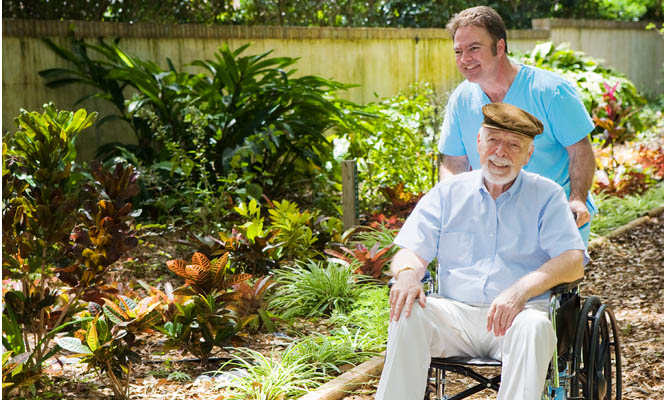 Male caregivers may be less likely to ask for help

Among unpaid, informal caregivers of older people with illness or disability, male caregivers in particular can be ambivalent about asking for help, according to a new review. Caregivers are often family or close friends. Most are women. In the U.K., for example, 58% of informal caregivers are female, according to lead author Dr. Nan Greenwood of Kingston University and St George’s at the University of London. But that leaves more than 40% who are men, and their experience still needs closer attention with specific research, she said. It can be harder to study male caregivers because they are less likely to identify themselves that way, Greenwood told Reuters Health by phone. “A lot of the people the government would call a ‘carer’ would call themselves a husband, and this may be particularly true of men,” she said. “They are less likely to categorize themselves as carers so they don’t even think to go for support. They see themselves as doing what a husband or son would do.” This may be true, but since there has been little study directly comparing the male and female experience of caregiving, it is hard to say, she noted. The new review synthesized seven studies from North America, most including older people caring for people with dementia. In general, male caregivers felt committed to their roles and saw it as their duty, but were ambivalent about seeking help in the community, Greenwood and her coauthor Raymond Smith reported online July 19 in Maturitas. The men frequently said they did not have enough information about community services. “What little evidence we have suggests that they have a very similar experience to women,” Greenwood said. Men can find things like intimate care or washing more difficult than women in some cases, she said. Women are more likely to say they are depressed, and report higher levels of burden, but that could be influenced by how open men are to reporting depression, she said. Men had less confidence in support services than women, and were more inclined to ask family for help, she said. “We have a number of organizations for carers,” which in the U.K. include the Alzheimer’s Society and the Stroke Association, she said. Support services can include day-care programs, some including support programs for the informal caregiver, case management, respite care, and psychotherapy, according to Dr. Ton Bakker, a psychogeriatrician at Rotterdam University of Applied Sciences in The Netherlands who was not part of the new study. Both men and women are often unaware of these options, he told Reuters Health by email. “You can have one for men and one for women, that’s not discriminating,” Greenwood said. “The issue would be finding enough men holding their hands up and say they want to come along.” In any case, researchers need to learn more about the experiences of men to find out what they need or prefer, she said. Women may lean toward counseling and psychoeducational options, but men may not have the same preferences. - Reuters