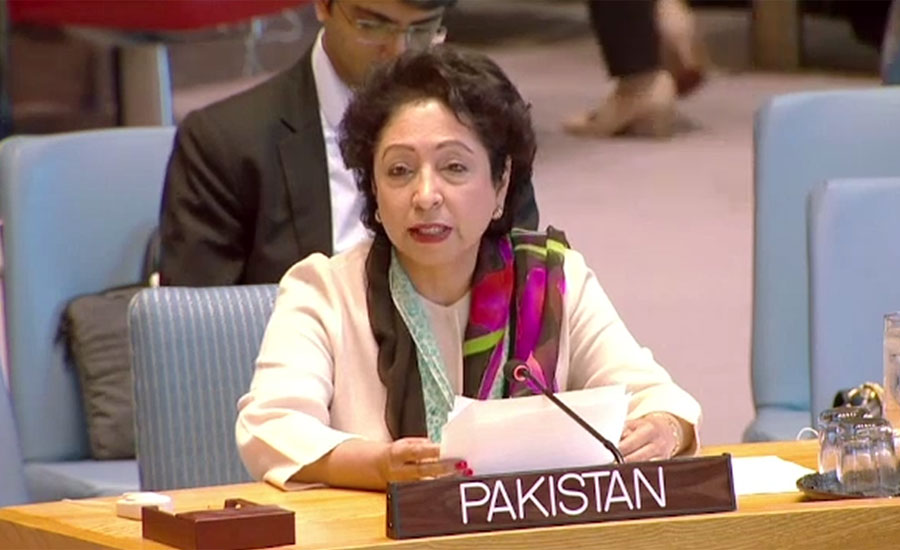 NEW YORK (92 News) – The Economic and Social Council (ECOSOC) - the economic arm of the United Nations -  unanimously elected Pakistan’s Ambassador to UN, Maleeha Lodhi, as one of its four vice presidents at an election held on Thursday. Pakistani envoy’s election was by acclamation after her candidature was endorsed by the 54-member body. She will now assume the Asia Pacific seat in the Bureau of ECOSOC, a principal organ of the UN mandated to deliberate on socio-economic and development agenda of the world body. https://www.youtube.com/watch?v=uowhPZgNVRs Norway’s Ambassador Mona Juul was elected ECOSOC’s president, also by acclamation. She replaces Rhonda King of Saint Vincent and the Grenadines. In her inaugural speech as president of the United Nations ECOSOC, Mona Juul underscored that the body’s mandate today remains as relevant and compelling as it did back in 1945 when it was tasked with fostering international cooperation on economic, social, and cultural issues. “Today, we also have the overarching 2030 Agenda for Sustainable Development”, she stated, which guides our efforts to end poverty, protect the planet and ensure peace and prosperity for all. Juul further said ECOSOC offers a multitude of opportunities to assist the global community in reaching the 17 Sustainable Development Goals (SDGs), noting that “ECOSOC and its intergovernmental structures make up a whole ecosystem”, with each component providing a specific function. She thanked her predecessor, Rhonda King, for her great work and dedication. “It is my ambition as President, to make ECOSOC work better – as an ecosystem” Ms. Juul declared, saying that she would work “to ensure that we collectively deliver on our goals”. She encouraged the Council to use the High-Level Political Forum (HLPF) to follow-up and review the Agenda 2030, saying that she would hold “an inclusive, fact-based and action-oriented” HLPF in 2020. The new chief also advocated that ECOSOC align “the whole UN family” for improved results and under Government leadership, strive to make a difference in countries.