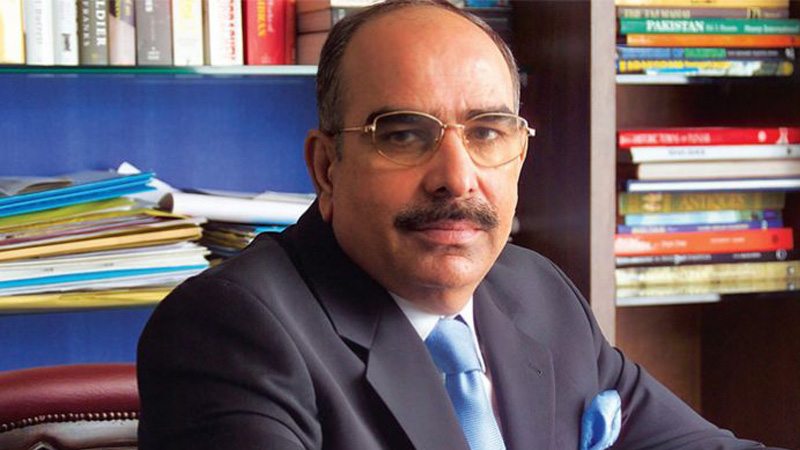 ISLAMABAD (92 News) – The Ministry of Interior on Friday removed the name of business tycoon and Bahria Town Chairman Malik Riaz from the exit control list (ECL) for the period of two month. According to the details, the federal government has allowed Malik Riaz – the accused of money laundering – to travel out of the country. It was not informed what grounds Malik Riaz had sought the permission to travel abroad. The Bahria Town chairman has been allowed to go out of the country freely after completing all legal formalities. It is pertinent to mention here that the name of Malik Riaz was put on the ECL in light of a report by the joint investigation team (JIT) probing the money laundering case. https://www.youtube.com/watch?v=VFDR4mnVVo8 On February 4, the name of Property tycoon Malik Riaz had been removed from the ECL and allowed to leave the country. The business tycoon was given a “one-time special permission” to leave the country. To a question about why Bahria Town CEO left the country, Minister of State for Interior Shehryar Afridi ignored to explain the reason and said that the person whose name placed on ECL can leave the country one-time special permission as per the law and constitution. It was earlier reported that Riaz’s name has been placed on the no-fly list and he will not be allowed to leave the country until his name is cleared in numerous corruption cases. Malik Riaz is among the suspects in the fake bank accounts and money laundering case which has been referred to the National Accountability Bureau’s (NAB) Rawalpindi office on the Supreme Court’s (SC) orders. In the past, the government has been accused of political favoritism for “names of PTI lawmakers are removed from ECL within 24 hours” as evident in the case of Liaqat Jatoi, who belongs to the ruling Pakistan Tehreek-e-Insaf (PTI) government and whose name was put on the list, but was later “traveling with impunity”.