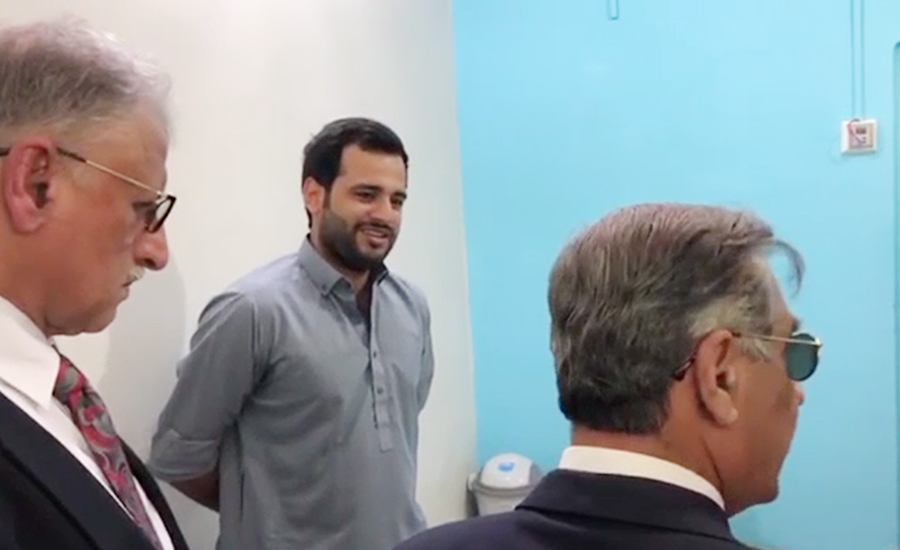 KARACHI (92 News) – Sindh Home Ministry has reinstated the Malir Jail superintendent who was suspended by Chief Justice of Pakistan Mian Saqib Nisar over facilities provided to death row prisoner Shahrukh Jatoi. As per details, the Sindh government has issued the notification issued by Sindh home minister about reinstatement of the superintendent Malir Jail. The ministry said that the official was reinstated after the court accepted his apology. Earlier, Chief Justice Nisar visited the prison cell of Shahrukh Jatoi at the Landhi Jail on Saturday expressing anger providing C-class facilities to death row convict, Shahrukh Jatoi in murder case of Shahzeb Khan. The chief justice was annoyed at the facilities being provided to Jatoi at the C-Class prison and questioned how someone convicted in a murder case could be allowed such facilities. CJP Nisar ordered the prison authorities to transfer Jatoi to the death cell and summoned a report from the IG Prisons, besides instructing him to remove the superintendent from his position. Twenty-year-old Shahzeb Khan, son of a DSP, was gunned down on the night of December 24, 2012 in Karachi’s Defence Housing Society (DHA).