Man behind women's comedy, Paul Feig gears up for 'Ghostbusters' 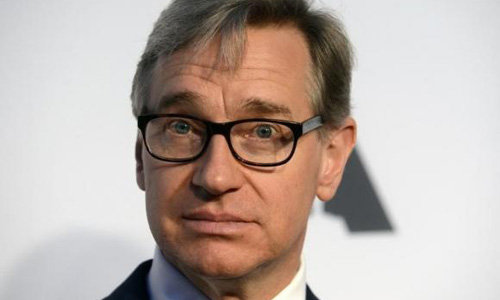 Man behind women's comedy, Paul Feig gears up for 'Ghostbusters'

Texas (Reuters) - When Sony Pictures announced this month plans for another "Ghostbusters" film with male leads, no one was more surprised than Paul Feig, the writer-director of the studio's reboot of the classic comedy franchise with an all-female cast. "It was a surprise," said Feig. "That threw me, I will say." Feig is about to embark on his re-imagining of the 1984 cult comedy with Melissa McCarthy, Kristen Wiig, Kate McKinnon and Leslie Jones - all part of NBC's "Saturday Night Live" family - due for release in 2016. But even before production begins, Sony has plowed ahead with plans for a second movie for the following year with Channing Tatum as a lead and Anthony and Joe Russo to direct. "It's a giant franchise and it's a big world," Feig told Reuters this weekend at the annual South by Southwest (SXSW)Festival. "I completely understand wanting to create this whole (franchise) just like 'Star Wars' has. But for me, all I can concentrate on is my ladies and how much we're going to kick ass." At the festival showcasing film, technology and music, the director best known for his raunchy female-led 2011 comedy "Bridesmaids," was promoting his latest comedic effort "Spy," starring one of his favorites, McCarthy. In "Spy," due out in U.S. theaters on June 5, McCarthy plays low-level CIA employee Susan Cooper, tasked with helping the hot-shot agents on their missions. But when her partner goes missing, Susan decides to engage her spy training and go on the hunt for him. The inspiration for "Spy" came from Feig's love of the most prolific spy franchise, Ian Fleming's James Bond, specifically, he said, when he saw actor Daniel Craig's rendition of Bond in 2006's "Casino Royale." But as a comedy director, he said he knew he'd never get a chance to make a spy movie - unless he spun a twist on the genre. "The lead characters I care about are the vulnerable people who might not be noticed by the world," Feig said. "With Melissa, it was just such a perfect fit, I just wanted her to bring that humanity to it." As Feig gears up for "Ghostbusters," there's one question on all "Ghostbusters" fans' lips - will original star Bill Murray make an appearance? "We are ready for him. If Bill will show up, Bill is more than welcome. Nothing would make us happier," Feig said.