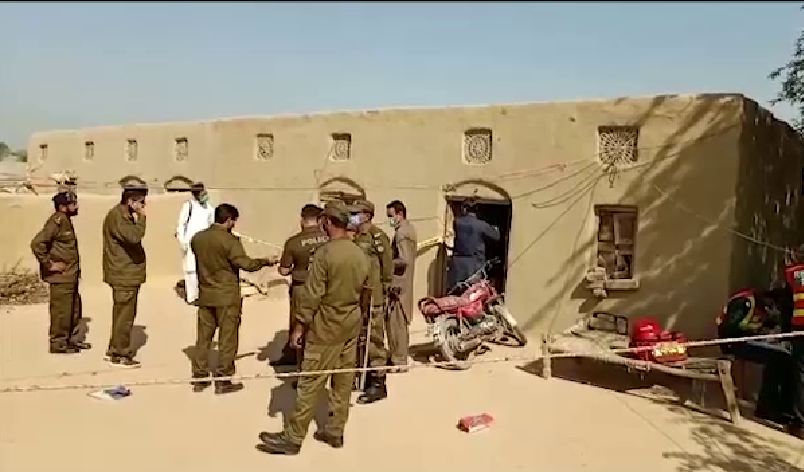 According to the police, the bodies of the woman and three children were found from the house.

The man was critically injured and taken to Shaikh Zayed Hospital where he died.