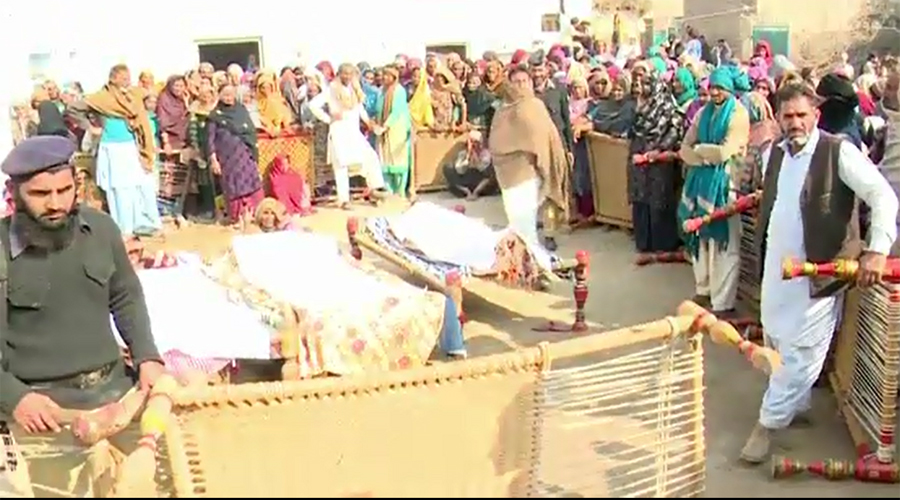 CHINIOT (92 News) – A man committed suicide after strangling his five children in Dalilwala, Chiniot on Tuesday. Muhammad Hussain had divorced his wife three days ago. The deceased include eight-year-old Iqra, six-year-old Waqas, five-year-old Shahzad, two-year-old Usman and one-year-old Rizwan. Moving scenes were witnessed when six bodies were buried in a local graveyard. The police said that a chit of debt worth Rs 138,000 was found from the pocket of Muhammad Hussain.