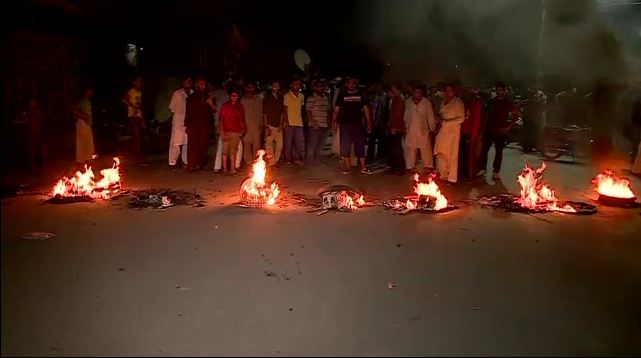 LAHORE (92 News) – A father of five died on Wednesday morning after what his family claim to be alleged torture during interrogation. Police conducted a raid in Lahore’s Lohari gate area over cheque dishonour case and detained accused Ashfaq, who later died in police custody. The heirs of the deceased and area residents staged a protest in front of Lohari police station, set ablaze tyres and blocked the Circular Road for traffic. The agitated protesters threw stones at the police station. The heirs said that the deceased was returning from the mosque after saying prayer when the police detained him and allegedly tortured him due to which he died at the spot. Police said that the accused Ashfaq died of heartattack in the custody.