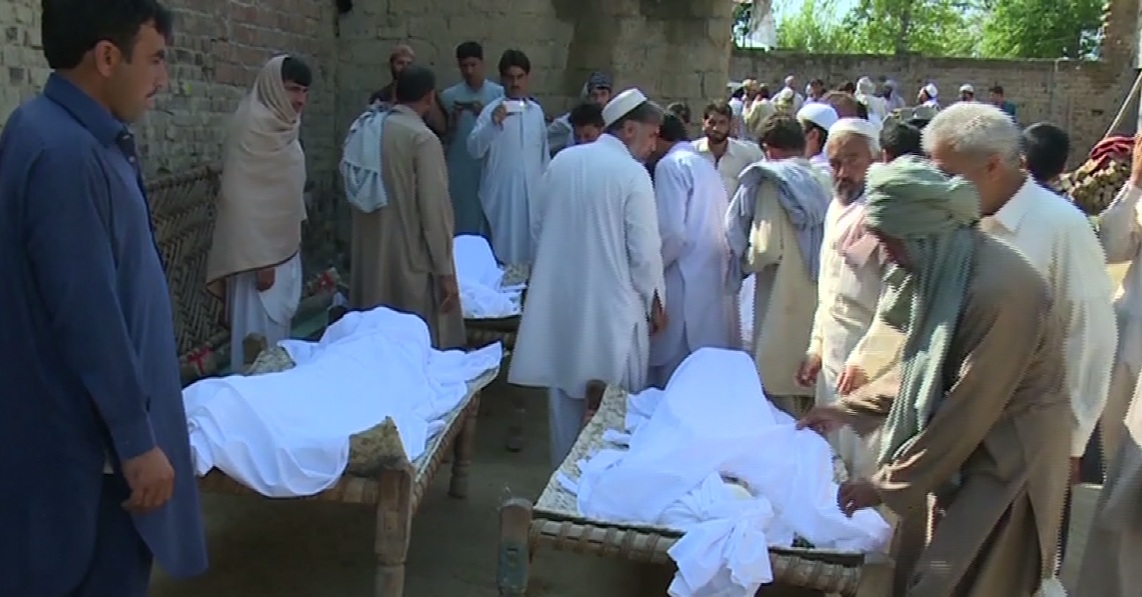 CHARSADDA (92 News) – As many as 10 people of a family including women and children were killed when a man opened indiscriminate fire at his uncle’s family over a domestic dispute in Tangi area on Sunday morning. The accused Gul Ahmad killed his uncle Jamal, aunt and their 8 children over a dispute over marriage with his cousin – daughter of Jamal. The accused had allegedly killed his parents and two brothers over the same dispute four months ago. The deceased were identified as Kamal, Zarpari, Shah Khalid, Faisal, Irfan, Abuzar, Naveeda, Kulsoom, Sumera and Fatima. The dead-bodies were transferred to Tehsil Headquarter Hospital which were later buried. Gul Ahmad and his accomplices fled the scene of crime after the incident. An FIR has been launched against the accused and his partners in crime on request of his brother, raids are being carried to arrest the culprit.