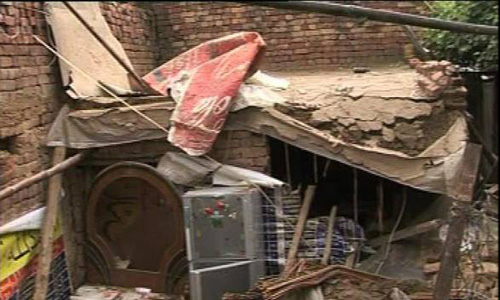 LAHORE (92 News) – A man and his two daughters were killed when the roof of their three-storey house collapsed in Gawalmandi area on Tuesday. Akram and his family members were in the house when the roof collapsed. As a result, Akram and his daughters – three-year-old Noor Fatima and five-year-old Dua – died on the spot. Akram’s brother Imran and wife Irshad Bibi were injured and shifted to Mayo Hospital for treatment.