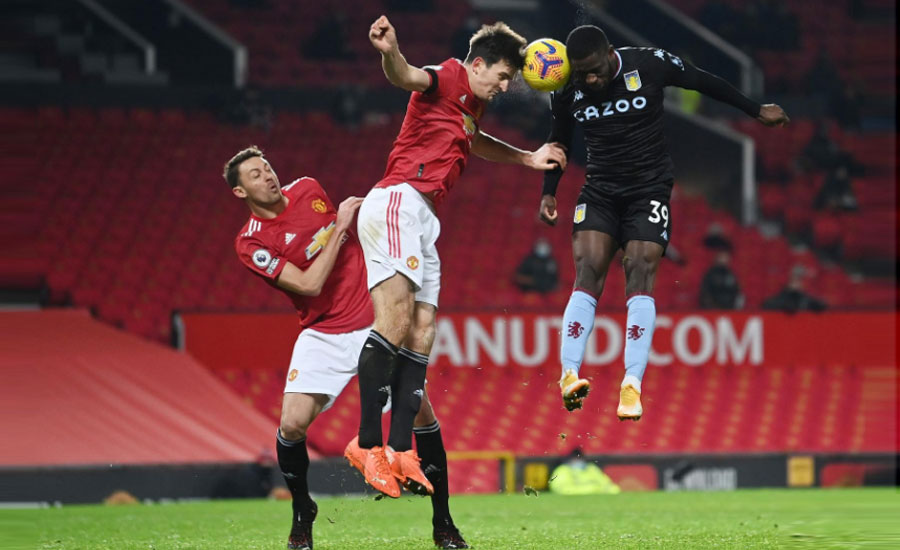 MANCHESTER, England (Reuters) – Manchester United closed in on the Premier League’s pole position after a 2-1 home win over Aston Villa on Friday put them level on points and games played with champions and leaders Liverpool.

United trail their traditional rivals on goal difference with both teams on 33 points from 16 matches. Liverpool travel to Southampton on Monday.

United stretched their unbeaten league run to 10 games as Bruno Fernandes capped another fine individual performance with a penalty after Bertrand Traore had cancelled out Anthony Martial’s opener for the home side.

The hosts had the upper hand in the first half and Martial forced an acrobatic save from Emiliano Martinez before he buried a superb diving header past the Villa goalkeeper after Aaron-Wan Bissaka’s cross in the 40th minute.

The visitors came close through Ollie Watkins before Traore got on the end of a sharp Jack Grealish pass at the far post and beat United keeper David De Gea with a slick shot from close range in the 58th.

But Villa’s joy was short-lived as Fernandes drilled his penalty into the bottom right corner three minutes later after Paul Pogba went down under a challenge from Douglas Luiz, with the spot-kick given after a VAR check.