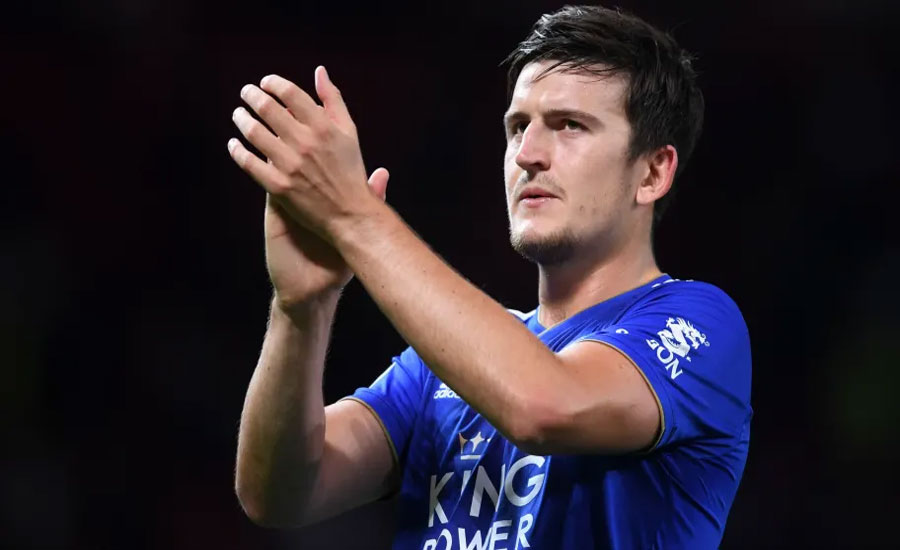 WEB DESK -  Manchester United have reached an agreement to sign England centre-back Harry Maguire from Leicester for £80m - a world record fee for a defender.

The 26-year-old is expected to complete a medical at the club at the weekend. He will become United's third summer signing following Aaron Wan-Bissaka and Daniel James, who arrived from Crystal Palace and Swansea respectively. "The clubs have agreed [a fee] and there's still some work for it to go through," said Brendan Rodgers. Speaking to Sky Sports, the Leicester boss added: "There's still a bit to go in terms of Harry's medical and whatever personal things to sort out, but it is what it is. "He's a special player, he's not a player that of course we would want to lose. "He's a top-class player, he's a good man as well, and everything about Harry over the course of this pre-season, he knows there has been interest over the summer and he's been super professional." Maguire made 69 Premier League appearances for Leicester after joining from Hull City in 2017. The deal means Maguire becomes the world's most expensive defender, eclipsing the £75m Liverpool paid Southampton for Virgil van Dijk in January 2018. United had a long-standing interest in Maguire but they backed away from a deal 12 months ago because they felt the £70m that would be needed for a transfer to be concluded was too high. He signed a five-year contract at Leicester last September and manager Brendan Rodgers made it clear at the end of the season he felt Maguire could develop even more if he remained at the club. Maguire began his career at Sheffield United in 2011, making 139 league appearances for the Blades before joining Hull in 2014. He was part of the Hull side that earned promotion to the Premier League via the play-offs in 2016 but left for Leicester in a £17m deal following the Tigers' relegation 12 months later. The defender made his England debut in August 2017 and was part of the side that reached the semi-finals of the 2018 World Cup in Russia. He becomes one of seven central defenders on the books at United, joining Victor Lindelof, Eric Bailly, Phil Jones, Chris Smalling, Marcos Rojo and Axel Tuanzebe. SOURCE: BBC NEWS