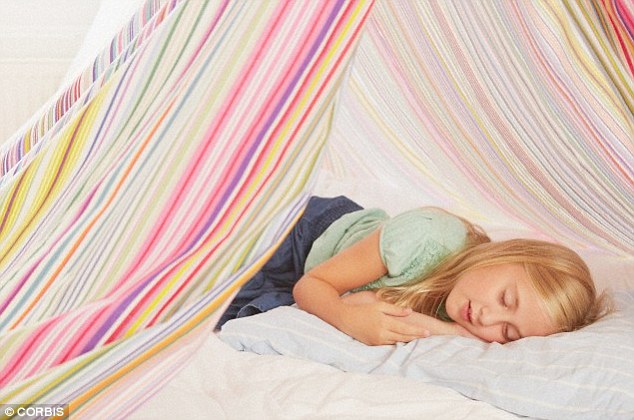 NEW YORK - For children four to seven years old, a required daily nap of more than an hour at school or daycare may lastingly reduce sleep time at night, according to a new study in Australia. Kids in childcare settings with mandatory nap times of 60 minutes or more slept less at night than other children, and their sleep time remained reduced even after they graduated to classes without nap time. “The findings may not be such a surprise to some parents who commonly report that when made to nap in childcare, children often go to sleep later and have more difficulty falling asleep,” said lead author Sally L. Staton of the Queensland University of Technology by email. The researchers studied 168 children who were four to six years old and in childcare or preschool centers in Australia. They observed the childcare centers during naptime and used parent reports of nighttime sleep then, as well as one year later. The kids attended childcare an average of three days per week. Of the total group, 91 kids had mandatory naptime, during which they could not do any activity other than lay down, for zero to 60 minutes per day, and 77 kids had more than 60 minutes of naptime. Based on teacher reports, longer mandatory naptime aligned with longer actual naptime for the children. The children with longer mandatory naptimes in school slept an average of 24 fewer minutes each night, about 10 hours and 35 minutes, compared to about 11 hours for those with less daytime napping, according to parent reports. By one year later, none of the children continued to nap in school for more than two days per week, but the difference in nighttime sleep duration remained, as reported in the Journal of Developmental and Behavioral Pediatrics. “In the period from birth to three years, it’s pretty clear that children need naps, they function best and it doesn’t seem to affect their ability to get a good night’s sleep,” said Mark Mahone, director of the department of neuropsychology at Kennedy Krieger Institute in Baltimore, Maryland. But at age four and older, nighttime sleep becomes more important for brain function, Mahone told Reuters Health by phone. “These studies now that are coming out really highlight the importance of nighttime sleep,” he said. “I still wonder if the average parent knows how important a full consolidated nighttime sleep schedule is,” Mahone said. ”It’s one of the most important things a parent can do for a child’s brain health, even through adolescence.” The National Sleep Foundation recommends that children three to five years old sleep between 11 and 13 hours at night. At age five to six a small number of children may still require a nap, but most typically cease napping well before this age, Staton told Reuters Health. A range of factors can affect nighttime sleep, Staton said, and parents should seek support if they are concerned about their child’s sleep. Napping is an important part of early childhood sleep patterns, and more nighttime sleep is not always best, she said. “Our research does not suggest that we should not be providing opportunities for preschool children to sleep in childcare settings,” she said. “It does however raise questions about whether mandatory naptimes, and particularly long mandatory naptimes, may be the best approach to meeting the huge variability in sleep need across children.” Some childcare centers use optional naptimes for children who need them, and have other children do quiet activities at the same time, she said. - Reuters