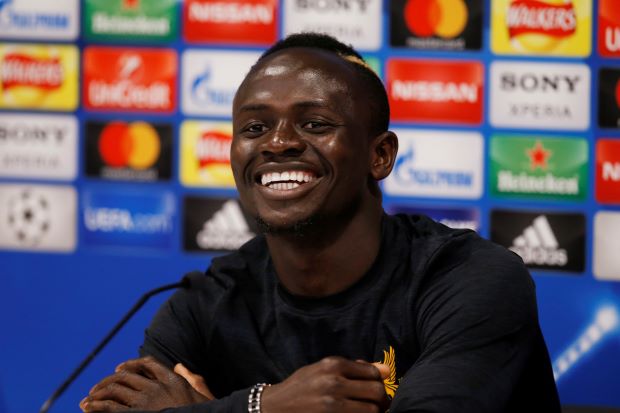 MADRID (Reuters) – Liverpool forward Sadio Mane has despatched 300 club jerseys to supporters in his home village of Bambali in Senegal ahead of Saturday’s Champions League final against Real Madrid. Mane’s family still live in the village of 2,000 inhabitants, which is expected to come to a standstill as their favourite son looks to help the Premier League club claim a sixth European Cup in Kiev’s Olympic Stadium. The 26-year-old has ensured the village can cheer his team in style as they look to beat 12-times champions Real. “There are 2,000 in the village. I bought 300 Liverpool jerseys to send to the people in the village, so the fans can wear to watch the final,” Mane told the British media. The Senegalese international is not expected to return home until after next month’s World Cup in Russia but is hopeful he can further reward fans for their continued support. “Nobody in the village will work this day (Saturday). I will be going back in the summer after the World Cup and hopefully I will be showing everyone a medal.”