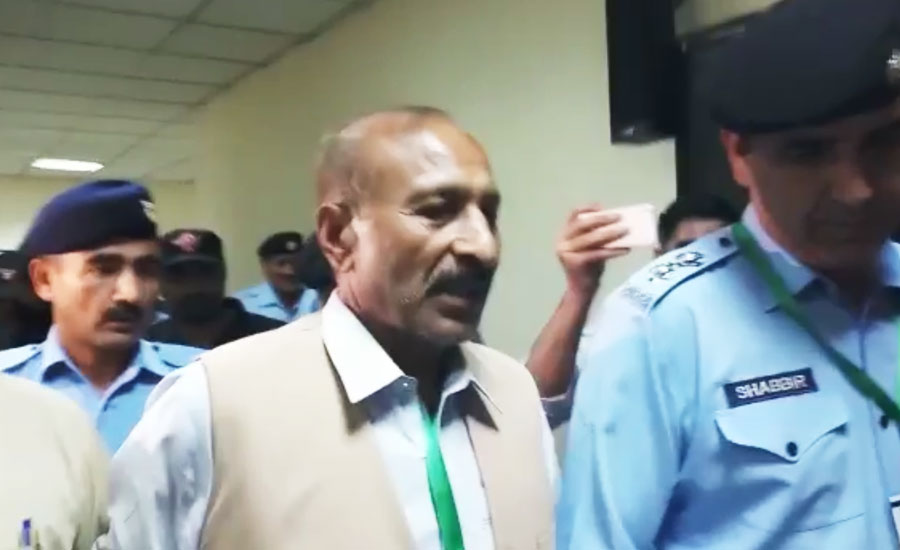 ISLAMABAD (92 News) – A special anti-terrorism court (ATC) on Tuesday approved a one-day transit remand to notorious land grabber Mansha Bomb. The transit remand is given because of difference in jurisdiction. Mansha was arrested from Islamabad outside the premises of the Supreme Court, while his arrest warrants were issued in Lahore. Appearing before the ATC , Mansha said that he is scared of the Punjab police. The court them handed his custody to the Punjab police. The court rejected police’s request seeking Mansha’s three-day remand. He will be taken to a court in Lahore on Wednesday. The Islamabad police shifted Mansha amid tight security from the Secretariat Police to the court’s premises. On Monday, the Islamabad Police has arrested absconder and alleged land grabber Mansha Bomb from the Supreme Court premises. Mansha Bomb was being shifted to the Islamabad Secretariat Police Station. Earlier today, Mansha Bomb has arrived at the Supreme Court in Islamabad to present himself for arrest. Mansha Bomb, wanted in a land grabbing case, surrendered himself to the Supreme Court. It merits mentioning here that the apex court had ordered the authorities concerned to arrest Mansha Bomb, who is accused of operating a land grabbing group in Lahore. Mansha and his sons are accused of illegally grabbing land in Lahore’s Johar Town vicinity. Earlier in last month, Chief Justice of Pakistan (CJP) Justice Saqib Nisar had ordered the immediate arrest of the alleged land grabber, however, the authorities had failed to fulfil the court’s orders. At least 70 cases are registered against Mansha, according to the Punjab police. On Thursday, police sought intelligence agencies’ help to arrest land grabber Mansha Bomb and his sons. Police was unable to trace Mansha Bomb and his sons after ten days. Police have expressed suspicions that Mansha and sons have flee abroad before replacing their names on the ECL. Mansha is a famous land grabber who possessed hundreds of acre land. More than ten teams comprising operation wing and CIA are conducting a search operation to arrest Mansha and his sons. The names of Mansha Bum and sons have also been placed on ECL and provincial identification list. On Wednesday, the Anti Terrorism Court (ATC) had also directed National Database Registration Authority (NADRA) to block Computerized National Identity Cards (CNICs) of Lahore based land grabber Mansha Bomb and his four sons for attacking Lahore Development Authority (LDA) team to resist a grand anti encroachment operation.