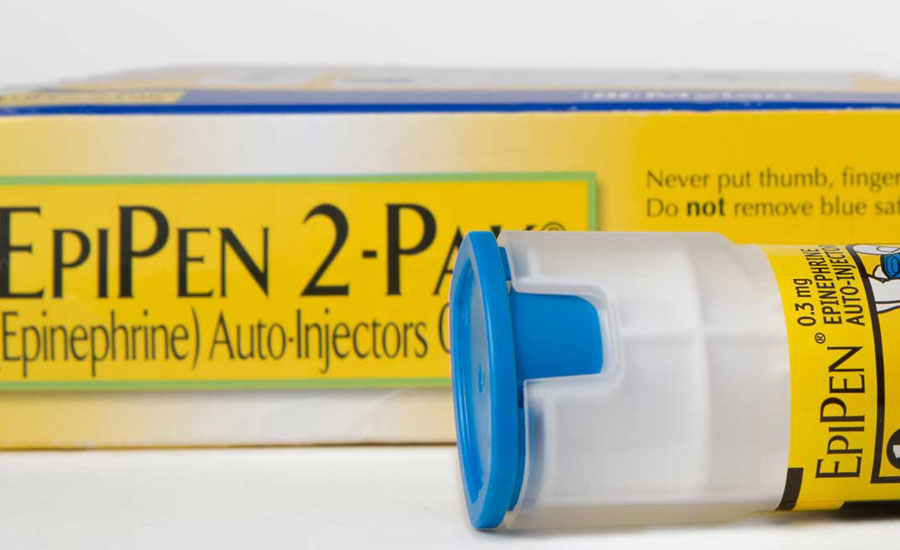 NEW YORK (Reuters ) - EpiPens and other autoinjectors filled with epinephrine to treat severe allergic reactions may still be potent enough to work many months past their labeled expiration date, according to a new study that concludes patients might need expensive refills less often. These autoinjectors contain a pre-set dose of epinephrine, a life-saving drug used by people at risk of experiencing anaphylaxis, a severe allergy attack. Untreated, anaphylactic shock can be fatal because blood pressure can drop suddenly and airways can narrow, making it difficult to breathe. Patients who need these life-saving devices must carry at least one with them at all times and have access to one everywhere they go. Soaring prices and out-of-pocket costs for the autoinjectors have made it increasingly difficult for many patients to keep throwing out and replacing unused devices when they expire, researchers note in the Journal of Allergy and Clinical Immunology: In Practice. The US Food and Drug Administration (FDA) requires autoinjector expiration dates to ensure that the devices never contain less than 90% of the original dose of epinephrine, the study team notes. For the study, researchers tested the contents of 46 different autoinjectors to see how much epinephrine remained after the expiration dates on the labels. Half of the devices were tested at least two years after their labeled expiration date. At this point, 80% of the devices still retained 90% or more epinephrine, indicating they were still effective under the FDA rules. “If the expiration dating on these devices was changed, this means that patients would not need to replace their auto-injectors as frequently, limiting cost to them, their insurance, and the healthcare system, while still feeling secure that they have access to adequate treatment for anaphylactic reactions,” said lead study author Lynn Kassel of Drake University College of Pharmacy & Health Sciences in Des Moines, Iowa. Devices six months past their labeled expiration date in the study still had 100% of the original epinephrine dose. One year after the labeled expiration date, devices still had 95% of the original epinephrine dose. And all of the autoinjectors tested that were up to 30 months beyond their labeled expiration date still had 90% of the dose remaining. The study tested far too few devices to help determine with certainty whether all epinephrine autoinjectors in the US might be safely used past their expiration dates, Kassel said by email. The authors also note that they did not test the expired injectors’ effectiveness in stopping an anaphylaxis episode. “Until the FDA changes the expiration dating guidance for these devices, patients with anaphylactic allergies should carry auto-injectors that have not yet expired,” Kassel advised. “The greatest risk of using an expired auto-injector is that the epinephrine is no longer potent enough to combat the anaphylactic reaction, and this could result in death or critical illness.” Right now, the expiration date is 18 months from the time the product is manufactured, a duration that is shorter than the expiration date for most other medications, said Dr. Kao-Ping Chua of the C.S. Mott Children’s Hospital and the University of Michigan Medical School in Ann Arbor. While the study results build on a growing body of evidence suggesting that expiration dates for epinephrine autoinjectors could be extended, in the meantime, patients should use the devices as labeled, Chua, who wasn’t involved in the study, said by email. “I don’t think anyone should postpone refilling an epinephrine auto-injector if they can afford it,” Chua said. “In a life-or-death situation, you want to have as much certainty as possible that the rescue medication is going to work.”