Many medical devices hit the market before safety studies are published 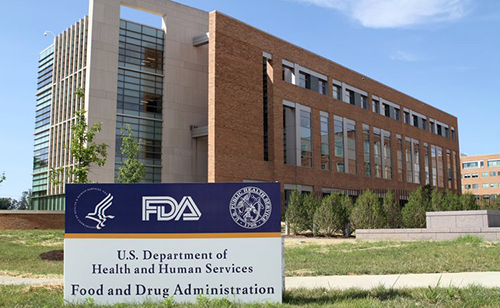 Many medical devices hit the market before safety studies are published

NEW YORK – (Reuters Health) - Medical devices approved by the US Food and Drug Administration (FDA) are often cleared before studies on their safety or effectiveness have been released to the public, a report suggests. Without published data, doctors and patients may not be able to make informed decisions about whether to use the products, the authors warn. The FDA defines a medical device as any instrument, machine, implant or other device used to diagnose, prevent or treat a disease or condition. Devices include everything from heart rate monitors to hip replacements, intrauterine devices or new surgical tools. Lead study author Hani Marcus of the Institute of Global Health Innovation at Imperial College, London told Reuters Health there are two main pathways to get a medical device approved for sale in the U.S. One, for devices that are not similar to any product already on the market, requires stringent evaluations for safety and effectiveness before the FDA gives clearance for marketing. The other, called the 510(k) pathway, is for new devices that are similar to products currently being sold. Requirements in this pathway are “far less stringent” and allow for “more rapid regulatory approval,” Marcus said. In fact, clinical studies of these devices are not usually required, he and his colleagues note in BMJ The research team searched for studies of new medical devices published between 2000 and 2004 and then looked at FDA databases for information on clearance or approval of those devices. Of the 218 devices described in the publications, 99, or 45 percent, ultimately received regulatory clearance or approval. In four of every five cases, those devices were approved via the faster 510(k) pathway. Of the 99 devices that made it to market, 43, or 43 percent, were cleared or approved before the studies had been published. “If high quality studies of medical devices are not done and published, it is hard for clinicians to make well informed decisions on their clinical use, and to know what patients, if any, would benefit and to know the risks of the devices,” said Rita Redberg, a professor of medicine at the Philip R. Lee Institute for Health Policy Studies at the University of California, San Francisco, by email. Redberg, who has studied the FDA’s process of approving high-risk devices, told Reuters Health, “When we looked at high-risk cardiovascular devices, we found that less than half (49 percent) had publications to support their safety and effectiveness.” The FDA defines a high-risk device as one that “supports or sustains human life, is of substantial importance in preventing impairment of human health, or presents a potential, unreasonable risk of illness or injury.” Even for the high-risk devices that were included in the current study, the research often consisted of low quality, small studies, noted Redberg, who was not involved in the new paper. Marcus noted that while it is important to make sure new devices are safe and effective, it the approval process becomes too difficult, people might be deprived of important new medical developments. “A careful balance needs to be struck,” he said. –REUTERS