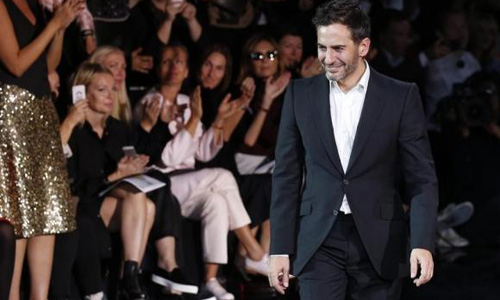 PARIS - Marc Jacobs plans to end its separate entry-level Marc by Marc Jacobs fashion line and fold it into its main collection, the designer of the same name told Women's Wear Daily (WWD). The company, controlled by French luxury group LVMH declined to confirm the move, which comes ahead of a possible initial public offering expected as early as next year. LVMH also declined to comment on the article. "In a sense, we're starting at the beginning," WWD quoted Marc Jacobs as saying in reference to the move. He told WWD that Marc by Marc Jacobs had become disconnected from the main collection and lost its uniqueness in its category. Marc Jacobs left the creative helm of Louis Vuitton, LVMH's biggest brand and profit contributor, in 2013 to focus on his eponymous brand. LVMH named Sebastian Suhl, former head of its Givenchy fashion brand, as chief executive of Marc Jacobs last year after he successfully floated rival Prada in 2011 when he was chief operating officer of the Italian fashion group. - REUTERS