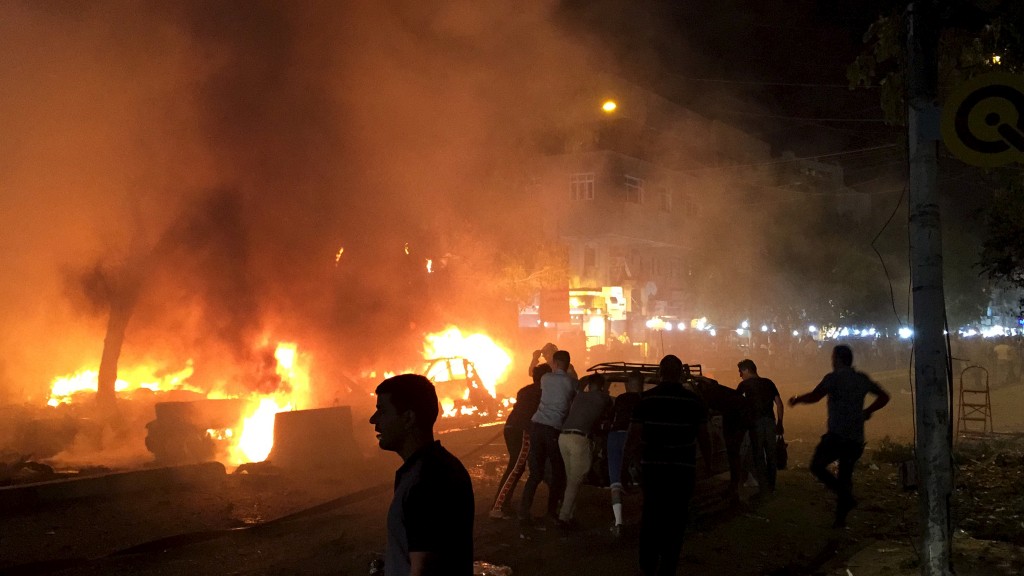 BAGHDAD - At least 60 people were killed and 200 wounded in a bomb attack on Thursday at a market in Baghdad's Sadr City district, police and medical sources said, in one of the largest attacks on the capital since Prime Minister Haider al-Abadi took office a year ago. There was no immediate claim of responsibility for the blast in the Shi'ite Muslim neighbourhood, but Islamic State, ultra-radical Sunni militants who seized swathes of northern and western Iraq last year, regularly send bombers into the capital. "A refrigerator truck packed with explosives blew up inside Jamila market at around 6 a.m. (0300 GMT)," said police office Muhsin al-Saedi. "Many people were killed and body parts were thrown on top of nearby buildings." A Reuters witness at the site saw fruit and vegetables mixed with blood and body remains littering the blast crater. The market, in a northeastern suburb, is one of the largest wholesale food markets in the capital. Abadi took office last summer following the army's collapse in Islamic State's takeover of the northern city of Mosul, which left the Baghdad government dependent on the Shi'ite militias to defend the capital and recapture lost ground. Security forces and militia groups are currently focused on routing the insurgents from the Anbar, the sprawling Sunni heartland in western Iraq. -Reuters