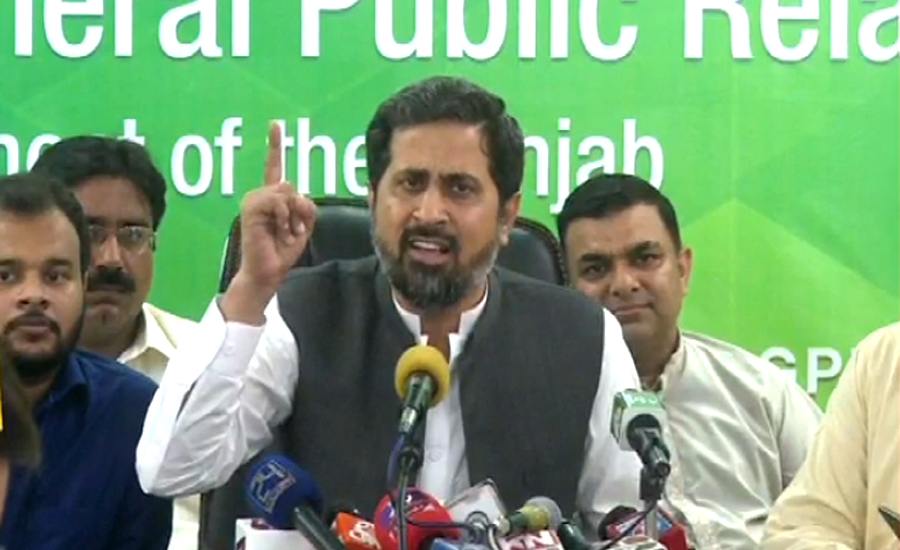 LAHORE (92 News) – The inquiry report proved on Monday proved that the marks of Punjab Minister Fayyazul Hassan Chohan’s son in intermediate were illegally increased. The inquiry report has been sent to the High Education secretary for taking action against head examiner Saleem Ramazan over violation in code of conduct. However the result of minister’s son has not been issued till now. Commenting on the matter, Fayyazul Hassan Chohan said that his son has not got any position or take anyone’s right. “The issue is being scandalized only,” he added. Pakistan Muslim League-N (PML-N) leader Uzma Bukhari said that Chohan misused his authority and now an employee will be made a scapegoat to resolve this matter. Earlier, the marks of Chohan’s son in Physics practical in the recently-declared result of annual Intermediate Examination 2019 had allegedly increased. It was reported that Chohan allegedly misused his authority for increasing the marks of Fahad Hasan, Roll No 759301, from 14 to 30 in Physics practical exam. The son of minister had submitted an application for re-checking of the paper and allegedly pressurised the board chairman to increase his marks from 14 to 30. The chairman allegedly obliged the minister by increasing his son’s marks and also changed the award list himself. The staff also issued the new result card with increased marks. The BISE Rawalpindi controller examinations, after being informed about the situation, stopped the result and formed a two-member inquiry committee on a request of the board chairman. The committee would hold an inquiry into alleged change in marks of minister’s son. The inquiry committee will also investigate the board chairman, fix the responsibility and submit its report. The board chairman said that anyone found guilty of alleged tampering with the result should be dealt with strictly as per law. “The Physics practical was conducted on July 17, while I assumed the charge as board chairman on July 18,” he clarified his position.