Marriage can make you crazy, but it deters dementia too: study 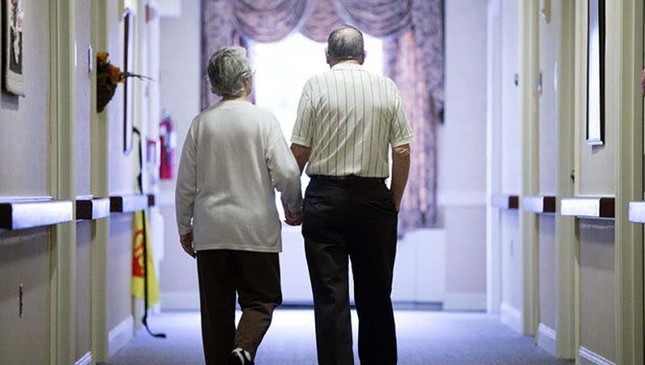 Marriage can make you crazy, but it deters dementia too: study

In a study covering more than 800,000 people, they found that walking through life alone increased the chances of Alzheimer's and other forms of dementia by 40 percent.

Being widowed after extended co-habitation also took a toll, boosting the odds of mental slippage by about 20 percent.

"There were fairly well established health benefits of marriage, so we did expect there to be a higher risk in unmarried people," said lead author Andrew Sommerlad, a psychiatrist and research fellow at University College London.

"But we were surprised by the strength of our findings," he told AFP.

Couples living together without having formally tied the knot were still considered as being married for the purposes of the study, he added.

Interestingly, elderly people who had divorced were no more likely to suffer from dementia that married couples.

Across the different categories, there was also no detectable difference between men and women in the rates of mental decline.

To explore the links between marriage and dementia, Sommerlad and colleagues reviewed data from 15 earlier studies covering 812,000 people from a dozen countries.

The vast majority were from Sweden, but there were enough from other nations -- including France, Germany, China, Japan, the United States and Brazil -- to confirm surprisingly little variation across cultures.

The finding were detailed in the Journal of Neurology, Neurosurgery & Psychiatry.

But even if the results were robust, the question remained: why?

Because the study was observational rather than based on a controlled experiment -- something scientists can do with rats or mice but not humans -- no clear conclusions could be drawn as to cause and effect.

"We don't think it is marriage itself which reduces the risk, but rather the lifestyle factors that accompany living together with a partner," Sommerlad explained.

"These include a more healthy lifestyle -- taking better care of physical health, diet, exercise - but also the social stimulation that comes with having a partner to talk to."

Earlier research has shown that people who live alone die younger, succumb more quickly when they get cancer, and are generally in poorer health.

But the "dementia gap" between married folk and singletons is even wider than the gap in mortality, suggesting that living with someone has direct benefits for the brain too.

A second factor may be the extreme stress that comes with losing a life-long partner, which measurably impacts neurons in the hippocampus, the main locus of memory, learning and emotion.

"This theory could explain the increased dementia risk for widowed, but not divorced, people," the study said.

Finally, there is the possibility that some people who have not married -- especially in societies where that is the overwhelming norm -- may have had cognitive challenges to begin with.

A marked difference in rates of dementia among loners of the same age but different generations bears this out.

This could be due to a diminishing difference in the lifestyles between married and unmarried people, he added.

Researchers must focus on how to translate these findings into strategies for preventing dementia, commented Christopher Chen of National University Singapore and Vincent Mok from the Chinese University of Hong Kong.

"As sexual activity has been found to associate with better cognitive function -- the frequency of which may be reduced in single or widowed individuals -- this could be another plausible mechanism," they wrote in the same journal.