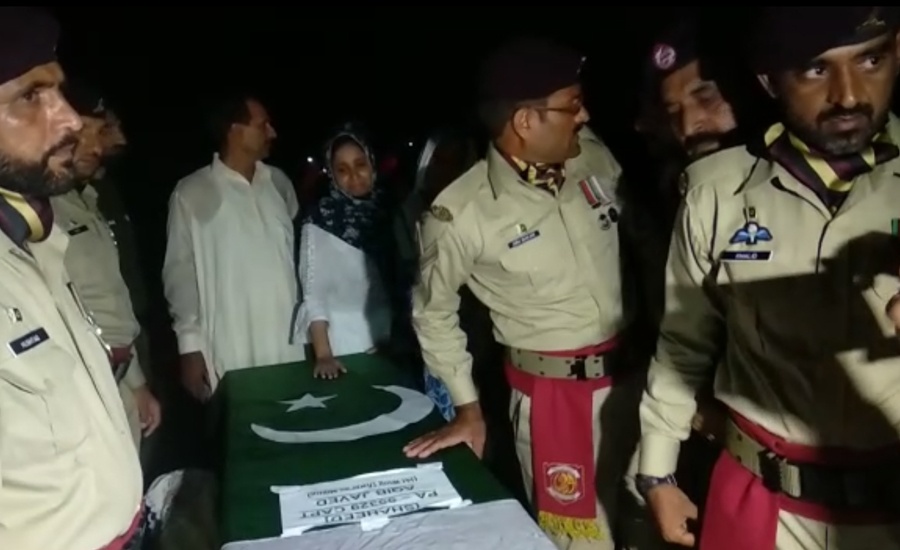 SARGODHA (92 News) – The martyred captain Aaqib Javed was laid to rest with military honours in a local graveyard in his ancestral village Notheen, Bhera on Saturday. Army officers, Brigadier Zafar and Commandant Col Sohail Iqbal, and political and social personalities participated in the funeral. A contingent of Pak Army saluted the martyred officer. A large number of people were also present on the occasion. Stringent security arrangements had been made on the occasion. Talking to the media, Muhammad Javed, father of the martyred Captain Aaqib Javed, said that the martyrdom of his son had made them proud. “There can be no happiness greater than martyrdom of a son for the homeland,” he said. “My son got a commission to the Pak Army in 2015. He had been in the operational area since April this year. He had resumed his duty on July 22 after a 10-day leave,” he said. Muhammad Javed was to tie the knot in Karachi on August 24. “It is a matter of pride for our village that he was promoted to the rank of the captain,” he said.