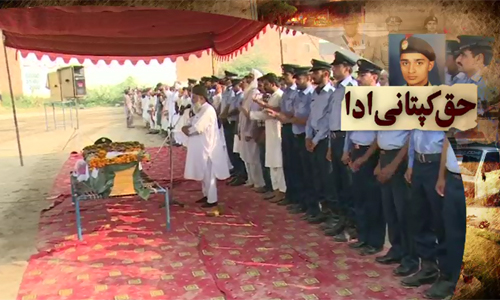 ATTOCK (92 News) – The martyred Captain Isfandyar Bokhari was laid to rest with full military honours in his ancestral town Attock on Saturday. A large number of people, including high-ranking civil and military officers, attended his funeral. His father said that his son has sacrificed his life like Major Shabbir Sharif. 92 News has received a picture of Col (retd) Shuja Khanzada and Captain Isfandyar Bokhari belonging to Attock, who sacrificed their lives in the war against terrorism. 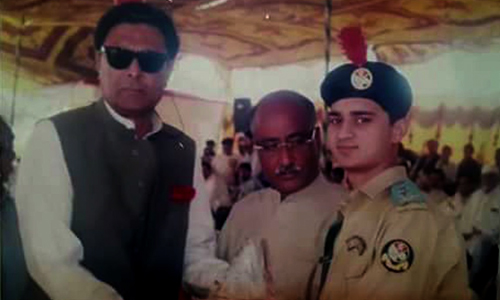