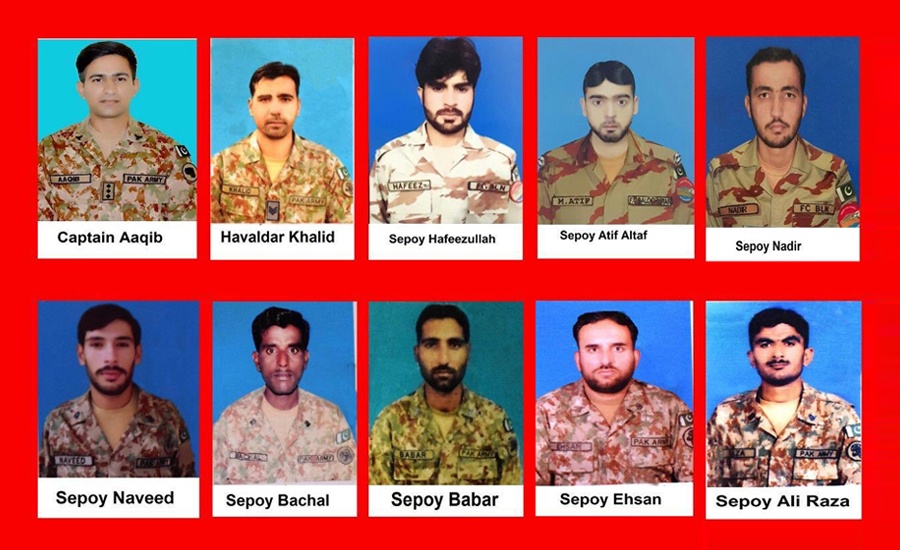 LAHORE (92 News) - All 10 martyred soldiers including a captain of Pakistan Army and Frontier Corps were laid to rest with full military honor in different parts of the country in the last 24 hours.

They had embraced martyrdom in separate terror attacks in North Waziristan and Balochistan on Saturday.

In Shikarpur, locals gathered to support sacrifices of armed forces and raised slogans in favour of Pak Army.

FC Balochistan troops were in a combing /sensitisation operation between Hushab and Turbat when they came under attack.

The funeral prayers of martyred Nadir was offered at his ancestral village Yaqubi which was attended by a large numbers of people including provincial information minister Shaukat Yousafzai, officials from armed forces and social workers.

Sepoy Nadir, 25, was posted in FC Balochistan three years ago. He has left behind father, mother, three sisters and four brothers.

The burial of martyred havaldar Khalid will be performed in Chistian and sepoy Ahsaan in Chakwal.