ISLAMABAD (92 News) – The opposition has announced to convene an all parties conference (APC) and stage the protest against the government separately. The opposition leader also discussed the premature elections or national government. PPP chairman Bilawal Bhutto Zardari said that the protest would continue in the parliament. PML-N vice-president Maryam Nawaz expressed the resolve to improve the Charter of Democracy. JUI-F chief Maulana Fazlur Rehman asked the leaders to come on roads against the government. Bilawal Bhutto Zardari had hosted an Iftar dinner in honor of leading opposition political parties in Islamabad on Sunday. It is noteworthy that Bilawal Bhutto invited opposition leaders, including PML-N vice president Maryam Nawaz Sharif, to an Iftar dinner today. The opposition parties’ meeting also includes delegations from Awami National Party (ANP) and Jamaat-e-Islami. Pakistan Muslim League-N leaders Maryam Nawaz and Hamza Shehbaz attended the Iftar. 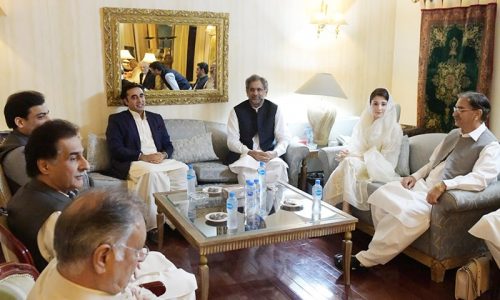 Among other leaders who attended the Iftar dinner are Aftab Sherpao, Liaquat Baloch, PTM leaders and Shah Awais Noorani. Akhtar Mengal and Mahmood Khan Achazkzai have excused from attending the meeting due to prior personal commitments. 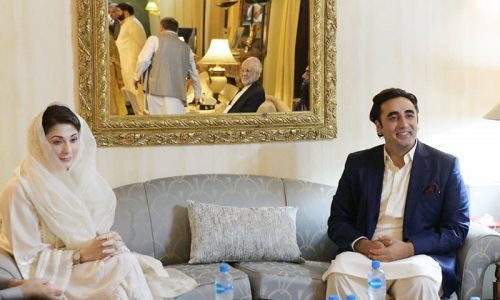 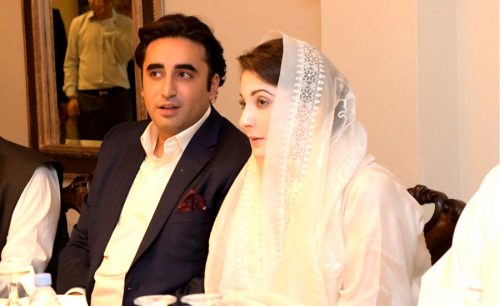 According to the reports, the opposition parties are ready to unite against the incumbent government. However, Bilawal Bhutto telephoned Maryam Nawaz and invited her for grand Iftar party.

The reports said that the PML-N vice president accepted the invitation of the PPP chairman for Iftar dinner. The final decision upon PML-N’s attendance will be taken by party’s central leadership.