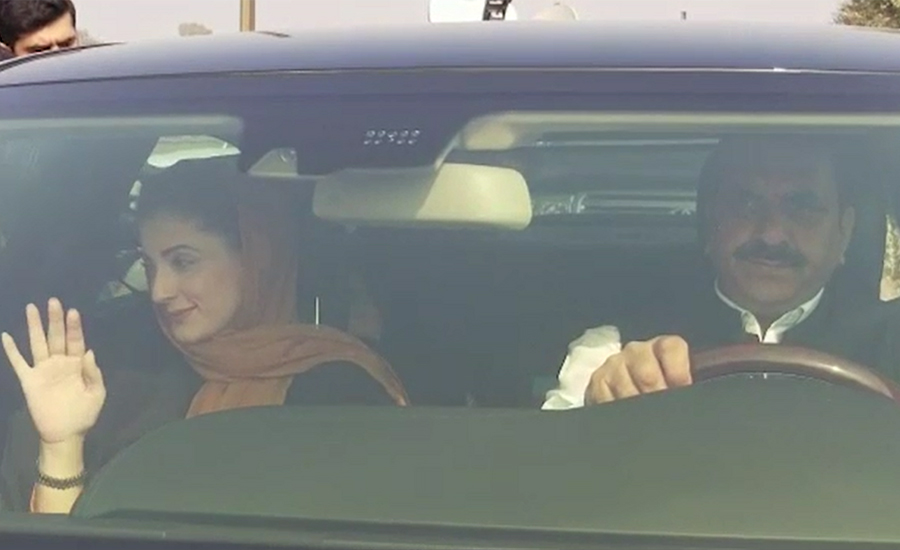 LAHORE (92 News) – Maryam Nawaz met former premier Nawaz Sharif in Kot Lakhpat Jail on Monday. In a long meeting, they discussed political and party matters. She had also brought meal for Nawaz Sharif from home. Former premier Nawaz Sharif was sentenced to seven years in the Al-Azizia reference, while acquitted him in the Flagship reference. According to the 131-page detailed judgement of the case, the court had ordered that all assets, properties, rights, receivables and interests of and in Hill Metal Establishment "stand forfeited to the federal government, which shall forthwith approach the Government of KSA [Saudi Arabia], so as to implement and give effect to the said forfeiture". "The known and declared sources of income of the Accused No. 1 (Nawaz Sharif) and practically of also his two sons [...] are patently and grossly disproportionate to the reasonable (bare minimum) cost of setting up [Al-Azizia Steel Company Limited and Hill Metal Establishment]," reads the judgement. The judgement also notes that Hussain Nawaz — the self-claimed sole proprietor of HME — "could have deposed on oath to [...] furnish and place on record money trail so as to dislodge the presumption against Nawaz Sharif. But significantly, he has opted not to appear". On July 28, 2017, the Supreme Court verdict had, besides disqualifying then prime minister Nawaz from his position, also directed the accountability authority to file three references – regarding the family's Avenfield Properties, Al-Azizia, and Flagship Investment – before the accountability court. In September 2017, NAB filed three references against members of the Sharif family. On July 6 this year, Accountability Judge Mohammad Bashir handed down convictions to Nawaz, Maryam, and son-in-law Capt Mohammad Safdar (retd) in the Avenfield Properties reference and jailed them for 10 years, seven years and one year respectively. But on Sept 19, the Islamabad High Court granted all three bail after suspending their sentences. NAB’s appeal against the suspension of the sentence remains pending before the SC. Since September 2017, Nawaz has appeared before the accountability courts some 165 times, according to the former premier himself.