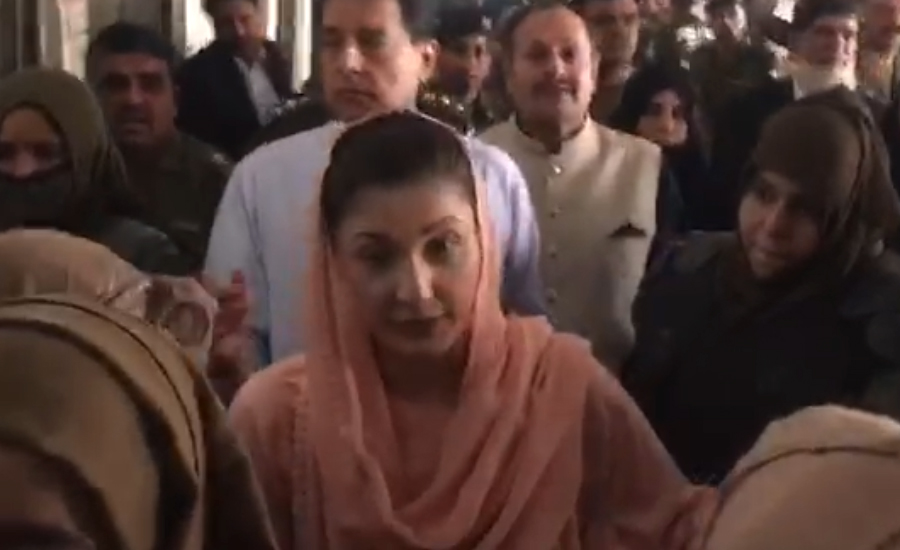 LAHORE (92 News) – An accountability court on Wednesday extended the judicial remand of Pakistan Muslim League-N (PML-N) vice president Maryam Nawaz and his cousin Yousaf Abbas for 14 days in Chaudhry Sugar Mills case. During the hearing headed by duty judge Jawadul Hassan, National Accountability Bureau (NAB) has requested to extend judicial remand of Maryam Nawaz and Yousaf Abbas. The court also expressed resentment over taking selfies with Maryam Nawaz and ordered security guards to maintain the decorum. The judge ordered to power off the phones in the court room. On August 8, NAB team had detained Maryam Nawaz outside the Kot Lakhpat Jail in Lahore for skipping appearance in Chaudhry Sugar Mills due to meeting with her father and former Prime Minister Nawaz Sharif. Maryam Nawaz was unable to provide the required details of foreign investment in sugar mills while she was also failed to satisfy the bureau regarding source of income for purchasing the shares. NAB has also claimed that three foreigners had transferred 11000 shares worth millions of rupees on Maryam Nawaz’s name.