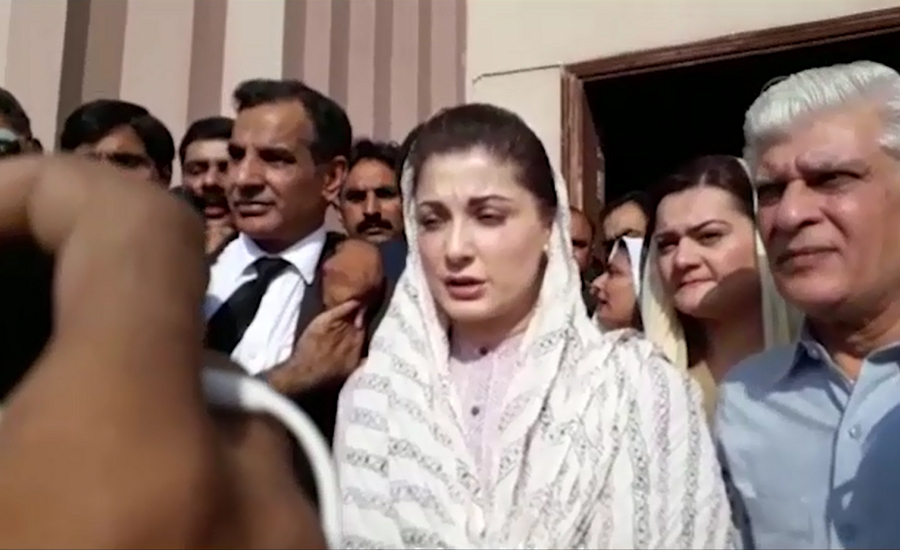 ISLAMABAD (92 News) – Maryam Nawaz, daughter of former prime minister Nawaz Sharif, answered to 82 questions from the NAB questionnaire in the Avenfield reference, while remaining questions will be answered on Monday. Maryam, her father Nawaz Sharif and husband Capt (r) Safdar appeared before court of Accountability Judge Muhammad Bashir. During the hearing of Avenfield reference against Sharif family, Maryam appeared on the rostrum of the court and started recording her statement on the consecutive second day. In response to the questionnaire given by the accountability court, Maryam said that her brother Hussain Nawaz owns London flats and he has also beneficiary owner of Nelson and Nescol Company. She said that both the companies made Hussain the trustee through the trust deed. She also said that JIT head Wajid Zia intentionally gave false statement on the base of dishonesty. Earlier on Thursday, Maryam had recorded her statement in 46 of the 128 questions asked by the accountability court. She said that the JIT report was irrelevant in the case of Avenfield properties.