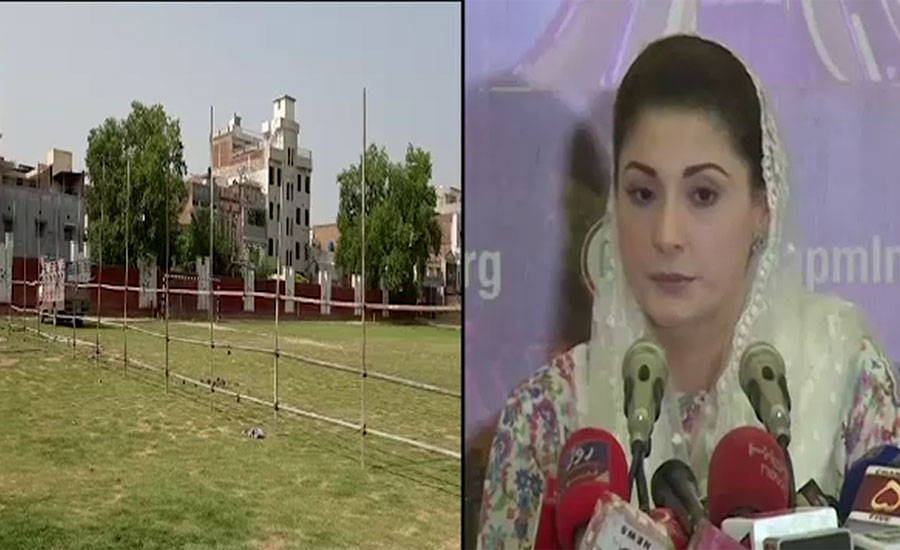 ISLAMABAD (92 News) - Pakistan Muslim League-Nawaz vice president Maryam Nawaz has vowed to reach Mandi Bahauddin at every cost to lead public rally today despite resistance by the local administration. The district administration had sealed the Quaid-e-Azam ground by placing containers at all entry points, saying rains have led to water accumulation onto the ground. The MBD police have taken over 43  party leaders and workers into custody during raids. Earlier, the District Police Officer said that the permission wasn’t granted due to security concerns. PML-N spokeswoman Marriyum Aurangzeb in her tweet condemned the disallowing of public rally by the local administration. https://twitter.com/Marriyum_A/status/1147734349661507584 She said the fear of public rally had pushed the rulers to fill the public ground with water. "Why the PML-N is not being allowed to hold public rally? The voices can't be stopped by mere disallowing public events. It appears the rulers are afraid of the slogans raised by Nawaz Sharif," Marriyum further tweeted. A day ago, Maryam Nawaz, who is daughter of former premier Nawaz Sharif, had released an alleged recorded video related to Judge Arshad Malik. The video released by Maryam regarding Accountability Court Judge Arshad Malik is real or fake, nothing can be said yet. She attempted to present video as proof with unclear audio. Maryam Nawaz claimed that the person showed in the video during the meeting with Arshad Malik is lover of Nawaz Sharif. Nasir Butt met with the accountability court judge at his residence. On the other hand, 92 News obtained the information about person who was present in the video with Judge Arshad Malik released by the PML-N vice president. Nasir Butt is the party worker of PML-N and vice president of party in UK. He is close aide of the former prime minister and residential of Rawalpindi. Nasir Butt had also nominated in the murder case. The PML-N vice president also confessed that audio and video recorded separately. She said that audio was recorded by Nasir Butt and video recorded another person who was present during the meeting.