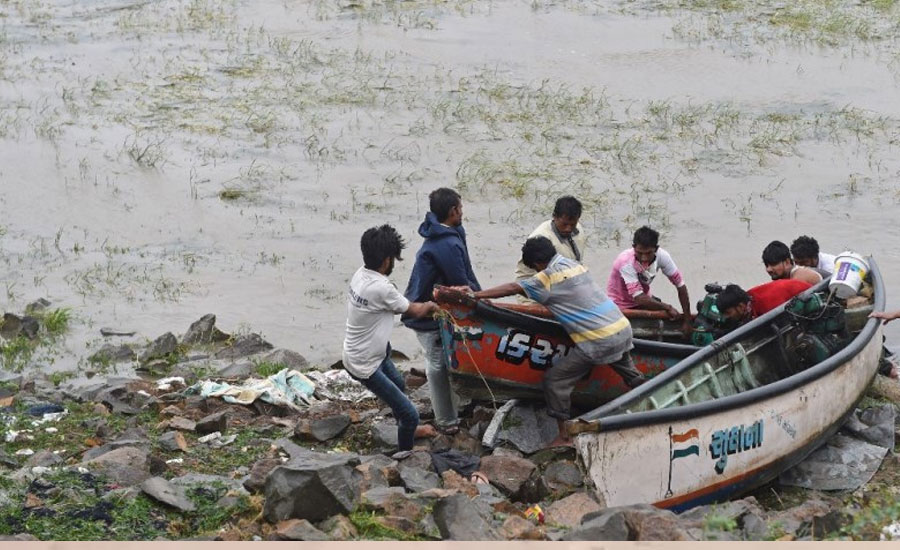 NEW DELHI (AFP) - Indian authorities on Monday ordered the evacuation of nearly half a million people out of the path of a new cyclone heading towards the east of the country, just a week after another deadly storm smashed into the west coast.

The cyclones are hitting as India reels from a surge in coronavirus infections that has plunged the healthcare system into crisis and pushed the country’s Covid-19 death toll above 300,000.

The India Meteorological Department said Cyclone Yaas had formed in the Bay of Bengal and was expected to barrel into West Bengal and Odisha states on Wednesday.

Yaas could pack gusts of up to 185 kilometres (115 miles) per hour as a “Very Severe Cyclonic Storm” ahead of landfall, the department said.

Storm surges of up to four metres (13 feet) high were “likely to inundate low-lying coastal areas”, it added.

“We have to evacuate nearly half a million people… to schools (and) government offices, which have been turned into cyclone centres to provide shelter to these people,” Khan told AFP.

Additional oxygen supplies were also being sent to hospitals with virus patients in areas that could be affected by Yaas.

The military and disaster teams have been deployed to help with the preparations and potential rescue operations, Prime Minister Narendra Modi said Sunday.

The death toll from Tauktae rose to at least 155 on Monday after more bodies were recovered from an oil rig off the western city of Mumbai and several support vessels, the navy said.

In Sri Lanka, the weather bureau warned the island nation’s fishermen not to venture into the Bay of Bengal.