Massive fire breaks out at a factory in Lahore, several feared trapped

Massive fire breaks out at a factory in Lahore, several feared trapped

LAHORE (92 News) – A massive fire breaks out at a local factory in Lahore’s Guru Mangat Road area where several workers are feared to be trapped inside. As per details, the fire broke out in a motorcycle manufacturing factory. Fire Brigade and rescue staff reached the spot, while the fire is spreading across the floors. 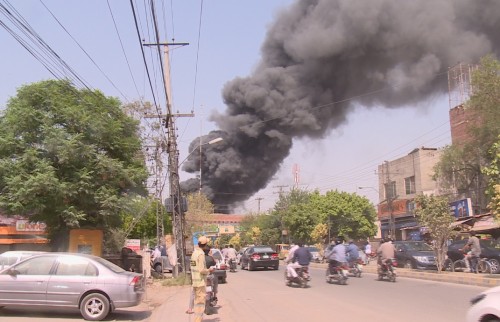 Police have also reached the spot and reportedly evacuated the buildings near the factory. The reason of the fire has not yet been determined. No casualties have been reported so far but the material damage seems to be immense.