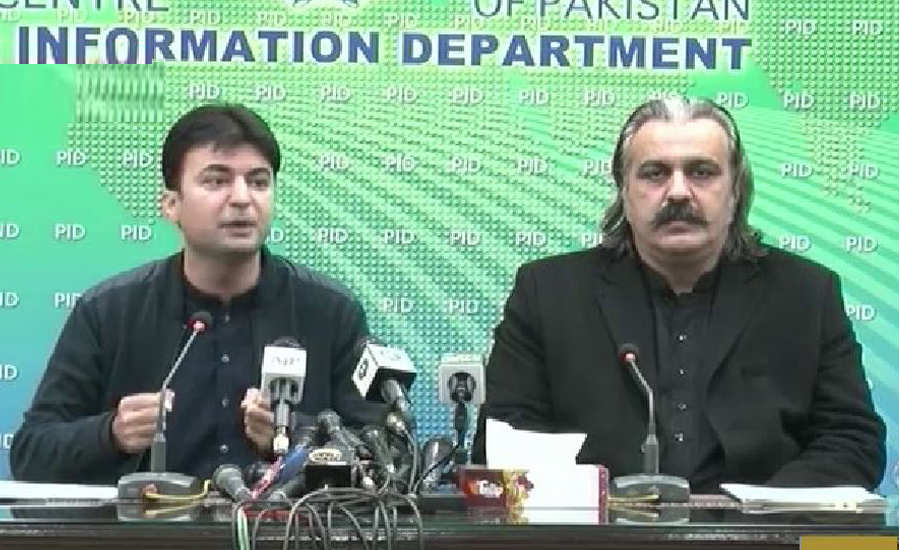 Addressing a press conference with Federal Minister for Gilgit-Baltistan Ali Amin Gandapur on Wednesday, he said that attempts were made to establish relations with Israel in the past. "Maulana Ashraf Qadri had met Israel during the tenure of Nawaz Sharif. PM Imran Khan talked about the state before the world and highlighted the Kashmir issue," he added.

He announced to expose the properties and investment of Maulana Fazalur Rehman. "People have rejected the slogan of the Pakistan Democratic Movement. Maulana Fazalur Rehman got the Hajj quota through his frontman. Rauf Mama and his driver turned out to be owner of millions of rupees," he added.

The minister said that Fazalur Rehman had caused a severe loss to the Kashmir cause. "Maulana Fazal Rehman's properties have been surfaced in Dubai and Qatar," he added.

Ali Amin Gandapur said Maulana's frontmen would testify against him. "The Islam card and children of seminaries have been used in the rallies of the PDM," he added.

He said that the PDM's existence is to save corruption.