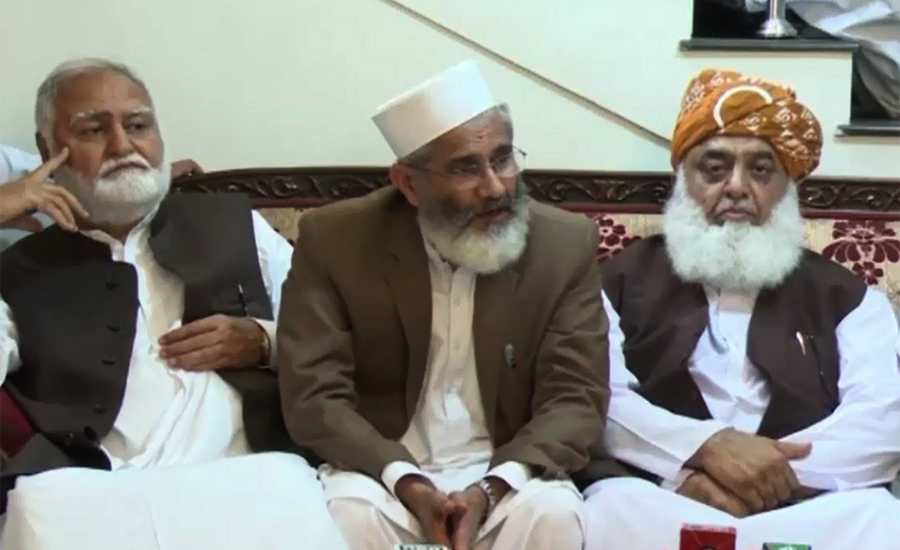 KARACHI (92 News) – The five component parties on Tuesday announced the revival of the Muttahida Majlis-e-Amal with Maulana Fazlur Rehman of the Jamiat Ulema-e-Islam as the president. Liaquat Baloch was appointed the MMA secretary general. Speaking on the occasion, Fazlur Rehman said the MMA would win the general elections and form the government. Senator Sirajul Haq, the Jamaat-e-Islami ameer, said the alliance would challenge the dominance of national politics by exploitative capitalists. He said that the MMA had launched its campaign with a new resolve. He said it will represent the citizens on all platforms. “Selfish elite had monopolized the politics. The alliance will confront the mafia in the polls,” he said. Leaders of the component parties said they would leave the coalitions they were part of on the completion of term. Five parties have come together to contest polls on the same symbol and with a shared manifesto.