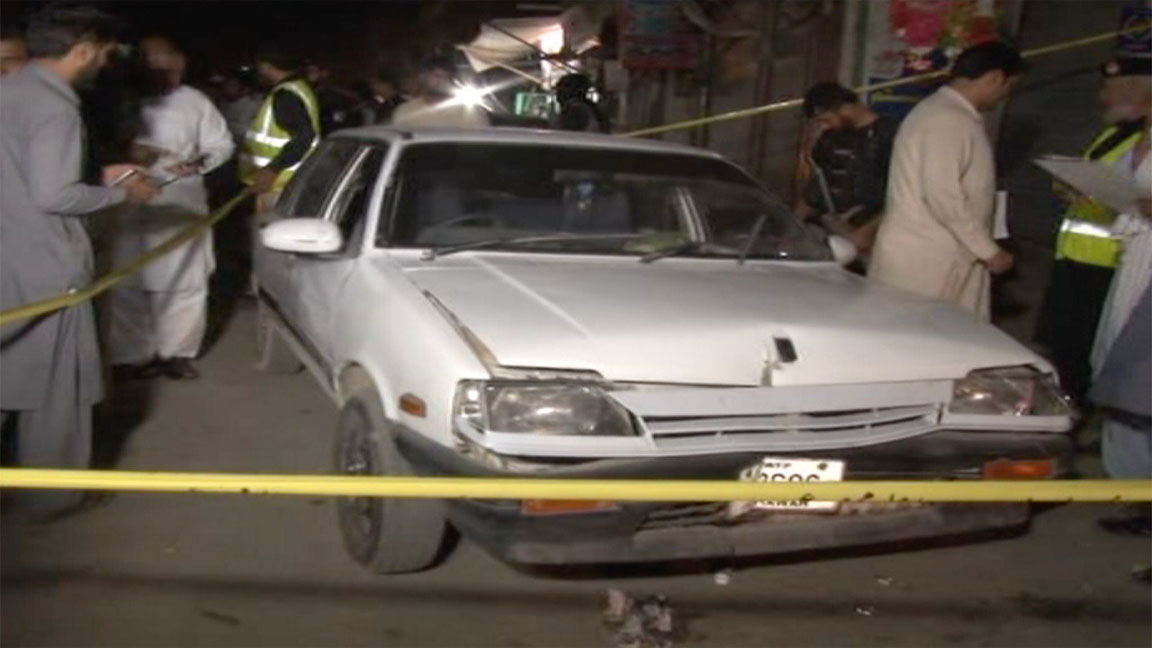 PESHAWAR (92 News) – A religious leader Maulana Ismail Darvesh was killed by unidentified miscreants in Peshawar on Thursday night. According to police, armed persons riding on a motor cycle opened firing on the car of Maulana Ismial Darvesh in Phandu area of Peshawar. During the firing, Ismail Darvesh’s guard was also killed at the Phandu area of the metropolis. The injured were taken to Lady Reading Hospital where doctors pronounced them dead. The guard was identified as Muhammad Ayub. The attackers were wearing helmets, police said. The incident occurred in the limits of Phandu police station. After the death of the religious leader, the polls are postponed once again in the constituency. The funeral prayer of martyred police guard Ayub was offered at MAlik Saad Shaheed Police Line with the state owners.