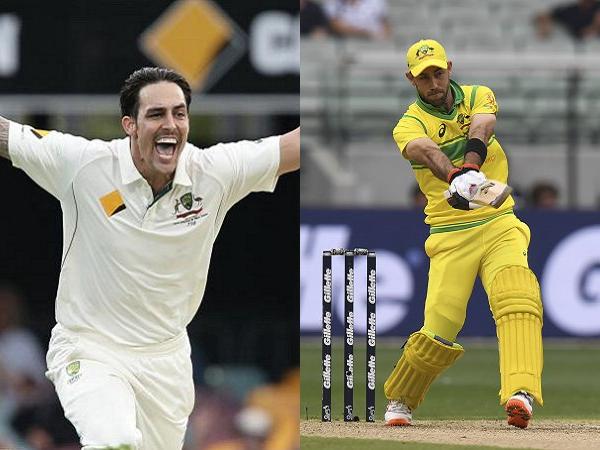 SYDNEY (92 News) - Mitchell Johnson, the former Australia fast bowler, has picked Glenn Maxwell as the captain of his preferred 15-man Australia squad for the ICC Men's Cricket World Cup 2019 in England and Wales later this year.

Johnson, in his column for Perth Now, named 15 players he thought should represent Australia in the big event this summer. Australia recently suffered a 2-1 one-day international series defeat to India at home, and the incumbent captain, Aaron Finch, struggled for runs, managing returns of 6, 6 and 14. Johnson believed relieving Finch of captaincy would take the pressure off the opening batsman. It would also Maxwell a chance to be at the helm, and Johnson believes he will excel in the role. "My decision to pick Glenn Maxwell as captain might raise eyebrows," Johnson wrote. "But having played with him both for Australia and in the Indian Premier League, I can say that this polarising cricketer is misunderstood. "A change in captain would also help take some pressure off struggling opener Aaron Finch. I’ve retained Finch in my squad as a batsman because he has had some excellent performances in England previously." Maxwell has lead the Melbourne Stars in the Big Bash League and Johnson believes that captaincy has helped the 30-year-old all-rounder mature as a cricketer. "I think we need our sportsmen to have a certain presence and have the confidence to give their opinion in a team environment and he definitely does that," Johnson said. Johnson and Maxwell have played together for Australia – both were part of the playing XI for the 2015 World Cup final that Australia won – as well as for the Kings XI Punjab and the Mumbai Indians in the Indian Premier League. It was during the IPL that Johnson noticed Maxwell's leadership abilities. "I spent a lot of time with Maxwell in the IPL at both Mumbai Indians and Kings XI Punjab and he was always very vocal in team meetings," Johnson wrote. "In the national team, he wasn’t openly vocal but would still speak up every now and again. The IPL was where he played a significant tactical role, particularly with planning, such as fielding positions for certain players. He knows opposition players very well and he doesn’t forget much. "Even in game situations, he would sometimes have a quiet word to the captain and suggest a different way we could go about things. He reads the game well and that’s essential for a captain."