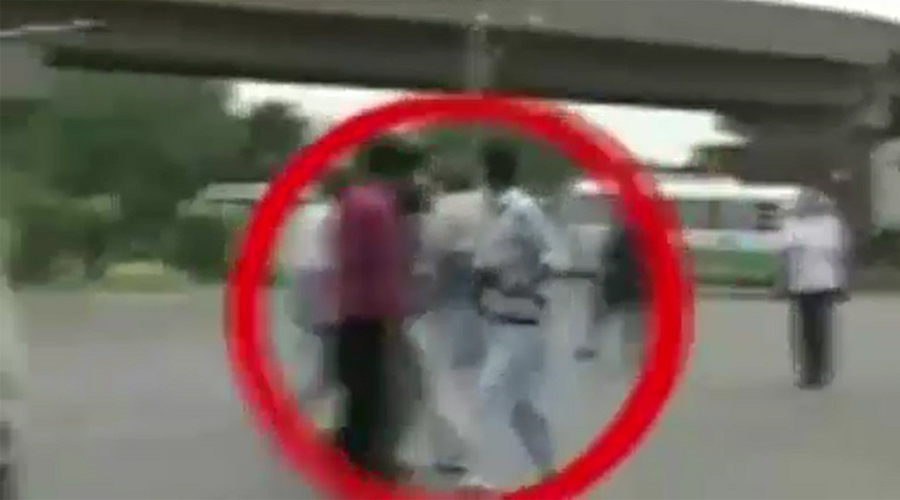 KARACHI (92 News) – An anti-terrorism court framed amended charges against 21 accused, including Karachi Mayor Waseem Akhtar and Umair Siddiqui. All the accused pleaded not guilty. The court once again issued non-bailable arrest warrants for all absconders. Talking to the media after the hearing, Karachi Mayor Waseem Akhtar said that the problems still exist in the city despite assurance from the government. He said that the NAB is a respected institution. “We will cooperate if the NAB will launch investigations on the application of Faisal Vawda. During the last hearing of the case on Jan 19, the court had expressed displeasure over Karachi Mayor Waseem Akhtar for failing to appear before it in four cases pertaining to the May 12, 2007 tragedy. When the judge asked about the whereabouts of the mayor, his counsel submitted an application requesting an exemption for his client from the day’s proceedings. He stated that his client couldn’t turn up owing to his ill health. “What did happen to the Karachi mayor?” questioned the judge who then directed the counsel to present his medical report on the next hearing. On May 12, 2007, at least 50 people were killed and over 100 wounded in attacks on rallies of different political parties and the legal fraternity, who had attempted to receive the then-deposed chief justice Iftikhar Muhammad Chaudhry at the Karachi airport ahead of a lawyers’ gathering. Former CJP Iftikhar Chaudhry was forced to fly back to Islamabad after nine hours of being restricted to the airport.