May faces new battle in parliament over Brexit 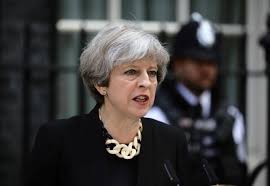 May faces new battle in parliament over Brexit

LONDON (Reuters) - Prime Minister Theresa May faces a showdown with rebels in her Conservative party on Wednesday after refusing to accept demands for parliament to have a “meaningful vote” on Brexit that could stop Britain crashing out of the European Union with no deal. She will ask the lower House of Commons to pass her Brexit blueprint, or EU withdrawal bill. This legislation will prepare Britain for a divorce next March that will end its more than four-decade-old trading and political partnership with the rest of Europe. May, who leads a minority government, won a similar vote last week in the lower house but only after offering to reach a compromise with the rebels which subsequently fell through. The upper chamber, the House of Lords, then backed an amendment to the law on Monday that would give parliament a bigger say. She risks defeat if just a handful of Conservatives vote against her proposal — to offer parliament a statement setting out what she will do if she fails to negotiate an agreement with the EU, or if lawmakers reject any deal she returns with from Brussels. Some lawmakers say May’s proposal would not give parliament any control. They will back a competing amendment by pro-EU Conservative Dominic Grieve which he says will steer Britain away from the “extraordinary crisis” of leaving without a deal. The main opposition Labour Party has called on lawmakers to vote against the government and support Grieve’s proposal. “This is the last chance for parliament to secure a meaningful vote and protect jobs and the economy from a no deal Brexit,” said Keir Starmer, Labour’s Brexit policy chief. “This vote is not about stopping Brexit or tying the hands of UK negotiators. It is about making sure parliament has a truly meaningful say on the terms of the final Brexit deal.” The vote is a taste of what is to come for May. She needs to drive several bills through parliament preparing Britain for life outside the bloc. Some lawmakers want to keep the closest possible ties to the EU and will try in the coming months to flex their muscles on other issues, such as future trade arrangements. After losing her majority in an ill-judged election last year, May has struggled to get laws through parliament, often preferring to delay votes to avoid the risk of defeat. On Tuesday, Grieve said he did not “want to collapse the government at all”. But his stance on the meaningful vote has garnered support from other Conservative lawmakers and will test May’s authority. May’s spokesman said she would not back down, and that the prime minister hoped lawmakers would support her proposal. Andrew Bridgen, a pro-Brexit Conservative, said it was time to have what he called “a fight we’ve got to have”. But some of the rebels said they were determined to vote against their government. “Parliament must have a meaningful vote in the event of a no deal Brexit,” pro-EU Conservative lawmaker Heidi Allen said on Twitter. “Parliament wants it, our economy needs it and my constituents have asked for it. I will represent them.”