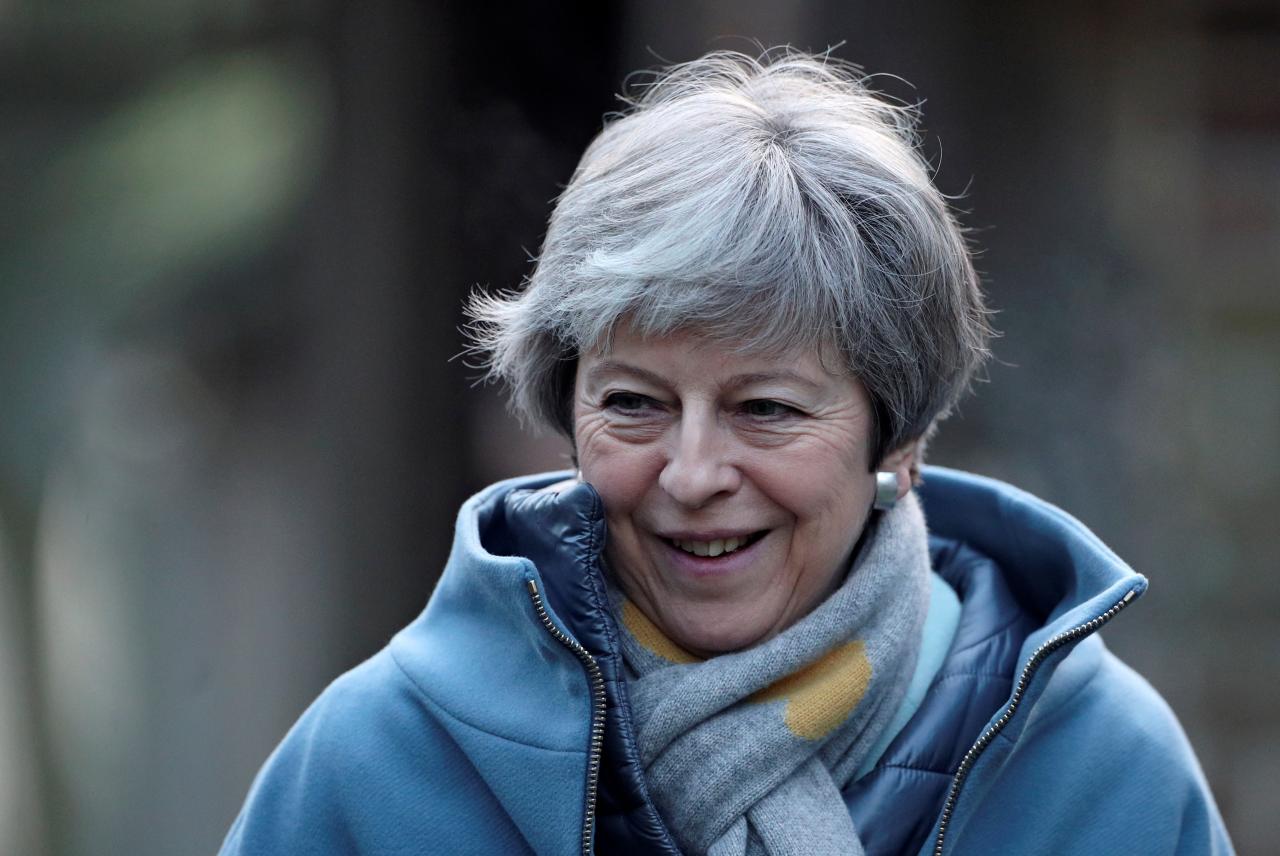 LONDON (Reuters) - British Prime Minister Theresa May on Monday will try to crack the deadlock over Brexit by setting out proposals in parliament that are expected to focus on winning more concessions from the European Union. With just over two months left until the United Kingdom is due to leave the European Union on March 29 there is no agreement in London on how and even whether it should leave the world’s biggest trading bloc. After her Brexit divorce deal was rejected by 402 lawmakers in the 650-seat parliament last week, May has been searching for a way to get a deal through parliament. Attempts to forge a consensus with the opposition Labour Party failed so May is expected to focus on winning over 118 rebels in her own party and the small Northern Irish party which props up her government with concessions from the EU. In a sign of just how grave the political crisis in London has become, the Daily Telegraph reported that May was even considering amending the 1998 Good Friday Agreement which ended 30 years of violence in Northern Ireland. The Daily Telegraph said EU sources cast May’s plan a non-starter as a renegotiation of such a significant international treaty would require the consent of all the parties involved in Northern Ireland. May told British ministers she would focus on securing changes from Brussels designed to win over rebel Conservatives and the Northern Irish Democratic Unionist Party, The Times said. May will make a statement in parliament at about 1530 GMT and put forward a motion in parliament on her proposed next steps on Brexit, though some lawmakers are planning to wrest control of Britain’s exit from the government. After May’s motion is published, lawmakers will be able to propose amendments to it, setting out alternatives to the prime minister’s deal. Parliament is deeply divided over Brexit, with different factions of lawmakers supporting a wide range of options including leaving without a deal, holding a second referendum and seeking a customs union with the EU. Ever since Britain voted by 52-48 percent to leave the EU in a referendum in June 2016, London’s political class has been debating how to leave the European project forged by France and Germany after the devastation of World War Two. While the country is divided over EU membership, most agree that the world’s fifth largest economy is at a crossroads and that its choices over Brexit will shape the prosperity of future generations for years to come. Supporters of EU membership cast Brexit as a immense mistake that will undermine the West, smash Britain’s reputation as a stable destination for investment and slowly weaken London’s position as one of the world’s top two financial capitals. Brexit supporters cast leaving as a way to break free from a union they see as a doomed German-dominated experiment in unity that is fast falling behind the leading economic powers of the 21st century, the United States and China.